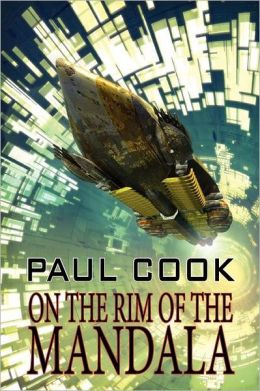 When I first started out as a published writer of science fiction in 1978 and sold my first novel in 1979, I started going to local and national science fiction conventions. Mostly I felt it was to be part of something that I admired, but secondly it was to promote my writing. This is what a lot of new writers do. As the I Ching says: No blame.

However, very quickly I found myself in a world that had made me hugely uncomfortable, even though the fan community, especially those who engineer the conventions, was openly enthusiastic toward all comers, I still found myself in an element that bothered me deeply. Now mind you, this is about me as a person and has no relevance to what you may have experienced in similar situations. But two things happened to me. One, I met some of my literary heroes and found them to be petty, arrogant, self-absorbed, loud, and hugely insecure. Secondly, I didn’t like what I found myself becoming as I started peddling my books at these same conventions. I started becoming petty, arrogant, self-absorbed, loud and probably more insecure than all of them put together.

Thus, I tell my creative writing students, whether they are poets or fiction writers: Don’t go to conventions, don’t track down your heroes, don’t get to know them as persons. Only their work counts. It is true that there are (and were) quite a number of writers in the science fiction and fantasy field who are sweethearts. If you can meet Nancy Kress, do so. You’ll probably never meet Harlan Ellison, but that man is a walking miracle. I saw him once and he had everyone in stitches. He literally seemed to have a glow around his body. And when Robert Silverberg was out and about, he was one of the most charming men on the planet.

I could say these are the exceptions, but I’m no expert because I haven’t met everyone. And that’s because I’ve stopped going to conventions and other gatherings where most writers (also out promoting their work) can be found. I do not fault them for this. Self-promotion is necessary for a writer. But I do know that I have turned away from all kinds of authors because of their toxic personalities and their soaring and uncalled-for ungraciousness. I was saddened to learn recently of a remark by Ray Bradbury. When scientists had found a Martian rock in the Antarctic that appeared to have microscopic traces of what appeared to be fossils, he was quoted as saying, “It’s stupid.”

He was angry. He was outraged. He owned Mars. He was clearly unimpressed that science might have made a discovery of transcendental significance. He would have nothing to do with it. This was not the Ray Bradbury I had grown up with in his books.

The word curmudgeon sometimes is thrown about. Orson Scott Card calls himself “ornery”. But these are words, euphemisms really, that we apply to older citizens who have perhaps accomplished a lot or lived through a lot and deserve a kind of latitude in their social dealings and who have allowed themselves permission to say what they want without regard as to how it might effect others, let the chips fall where they may. My grandmother would call it bad manners. It still applies even if you’re selling hundreds of thousands of copies of your novel a year.

Put simply, there is no need to be rude and it’s a privilege to have readers. I am grateful for the few thousands of copies I’ve sold in my publishing lifetime. But there is something in me that can’t stand to be around bullies or bullhorns that take up all the space in the room to pronounce their success. I didn’t want to become like them and it was part of my personality (and my upbringing) not to join in the shouting matches, trying to make myself known. I think also I knew one basic truth: no matter how much I wine and dine (on the one hand) or berate or insult the reader (on the other), the real fact is that the work has to stand for itself. You can go to the conventions, meet and greet the public with a smile and handshake, but you’ll never get them to like your work if your work sucks.

What can work in your favor, if you’re a real asshat but an asshat with talent, is the quality of your work. Robert Frost was rumored to be a real bastard in life, especially toward his children, but his poems will be around for as long as America is around. Maybe even longer. But some writers I’ve removed from my shelves because of their public personas (and sometimes their politics). I’m tired of the racists, the homophones, the wife-beaters, the alcoholics, even the flag-wavers (and the fallout-shelter-loving libertarians whose voices seem loudest of all these days).

So I tell my students. Read, write, live life. And stay away from authors until you become one yourself. Then watch your behavior. There is no excuse for bad manners regardless of talent.

No. 16 – Alice Bradley Sheldon, The Screwfly Solution, and the Secret Life of a CIA Operative.

Will Fandom survive the coming of the Fanbots?