Read the whole thing. It’s so bursting with American values that I almost suspect Pettit of setting himself a thematic challenge: “How much apple-pie flavor can I pack in here? To bravely venture where, etc., check! Pioneering spirit, check! Hokey rhyming stanzas, check! Sentimental tugs on the ol’ heartstrings, check! Houston, we have POETRY!” And for precisely that reason I like every word of Halfway to Pluto. It’s lovely and inspiring to think of Pettit up in the ISS, already out beyond the limits of human physiology, and yearning to go still further–rocketing off, in his mind, to Pluto and beyond, to “reefs of black holes” where creatures out of Greek mythology lurk to confront unwary earthlings all over again. That, my friends, is the irrepressible American imagination.

But the first poem written in space(1) was actually penned by a Japanese. Which, you know, you would have sort of expected. Here in its entirety is the official translation of the poem(2) handwritten by Japanese astronaut Koichi Wakata on the ISS in the small hours of March 31st, 2009:

Afloat in the darkness before my eyes, the watery planet bluely glows
How strong is my affection for that ancient home of ours,
how deep my gratitude for the gift of life
Tomorrow, I will dare the blue sky and open up worlds unknown
for there we have our dreams

I’m not really feeling it. Are you? Let’s try that again.

Floating before my eyes in the primordial blackness

gave me life; thank you

But tomorrow I’m off again into the blue

For the dreams they hold.

Better? I say it as shouldn’t, but I think so. Wakata’s poem hews to conventional themes, as much as Pettit’s does. The de rigueur gratitude for the gift of life, the homage to home sweet home–these are the quintessential themes of the Japanese high school valedictorian speech, here capped by a sudden shift into corporate gabble about challenges and dreams, which both I and the original translator have tried to smooth over, without much success. However, the poem as a whole has a grace that transcends its themes.

But what makes Wakata’s poem really worthy and interesting? The clue is in the title. Or rather, the lack of a title. This poem is known only as No.25, Third Series, Space Poem Chain. It’s part of a chain poem–a free-associative string of brief stanzas based on the traditional renga and renku forms–compiled under the auspices of the Japan Aerospace Exploration Agency (JAXA).

If you’re anything like me, the notion of an aerospace agency working with poets seems … incongruous, at first blush. Even comical. I mean, what’s poetry gotterdowiv rocket ships and laser blasters and, and SCIENCE, eh? Eh?

It’s worth having a browse through the “Messages” section of the Space Poem Chain website (here, in English.) There’s some profound stuff there. Or maybe just profoundly obvious. Either way, the folks at NASA need to hear what Japanese astronaut Mamoru Mohri has to say:

It cannot be only poets who believe that we must not entrust our inquiry into the nature of the universe exclusively to science.

Science is great. Can’t live without it. But we need other eyes on the prize, other voices to tell us that maybe the prize isn’t what we thought it was, after all. Kim Stanley Robinson, one of our greatest thinkers on the subject of near-future space exploration, gets this in Red Mars and its sequels. 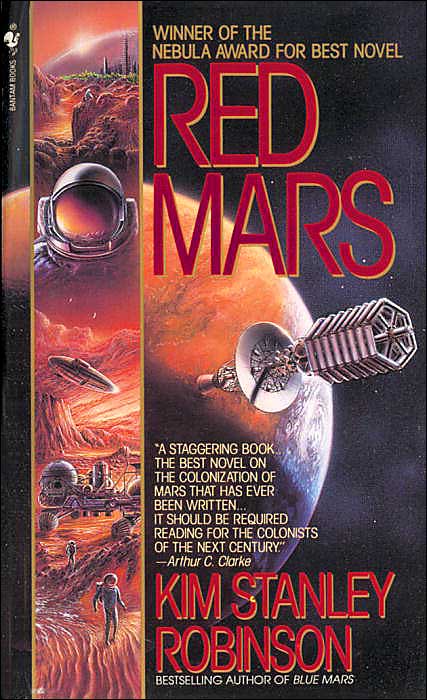 After I’d been thinking about this stuff for a while, I decided to Google “NASA poetry.” Here’s what popped up:

The goal of the IMAGE mission’s education and public outreach program (POETRY) is to explain how solar storms affect the Earth, and to correct misconceptions about Earth’s magnetic field, its radiation belts, and why we have aurora.

It’s one of those laugh-or-cry things.

But I can never resist a giggle at the expense of taxpayer-funded government agencies and so I clicked around a bit more. It turns out that public outreach is not the only sort of poetry NASA does! In 2008 they also sponsored a poetry contest for Girl Scouts:

Write your poem about a career in a technical field using your science, engineering and math skills. Or base your poem on the life and career of a specific person you learn about through this site or other sources. Learn about research and technology and the women who make it possible. Share your poems with others! Consider new possibilities for your future!

This contest is planned, but not yet approved by NASA Headquarters!

And apparently it never was approved because I could find no further mention of it. Sorry, Girl Scouts! Guess you’ll have to settle for a career selling cookies!

Yet there’s hope. There’s always hope and this time round it comes in the form of a marvellous human being who calls himself Red Slider, who I can’t help picturing as a snake (but a nice snake), clad in a hemp tunic sort of thing, living under a rock in the Californian desert and coming out only to march (slither?) in anti-war demonstrations and fossick around in community gardens. And inscribe the occasional really bloody good poem in the dust with his tail. Red Slider’s cause is to induce NASA to hire a staff poet.

Oh man, oh Red Slider, how quixotic thou art, and how I love thee for it. (It’s that American spirit thing again.)

I think we should all go sign his petition.

But even if NASA gets trimmed out of existence, there’ll still be American space exploration, and probably American space poetry, too. Every now and again a Don Pettit or an Al Worden creeps into the mix.

Would there still be Japanese space exploration without JAXA? It’s hard to imagine … as hard as it was at first for me to imagine a space agency sponsoring poets. But living in Japan is all about reconsidering your kneejerk assumptions. And I keep remembering Hayabusa.

All that Hayabusa brought back was dust. Dust. But it got movies, plural, made about its journey, and the summer after its recovery I was walking through a shopping center near Tokyo Station when I came upon a line wrapped around the block. All these people were lined up to view a piece of Hayabusa’s capsule. The event was called “O-Kaeri, Hayabusa”–“Welcome back, Hayabusa!” This is the phrase you use to your husband, wife, or child when they come home.

I’ve got a feeling the Japanese are heading off-planet sooner rather than later. All the stars are aligned for it (thunk! That’s the sound of a pun falling flat). Nichibei Kasei Kichi? Maybe. I hope so. And I hope they hire several staff poets.

1. The real scandal here is that it took until 2009 for anyone to write a poem in space. God alone knows what poetic extravagances may have poured through the minds of the early astronauts, or occurred to the doomed passengers of Challenger and Columbia,
but for our purposes here, words on paper or it didn’t happen.

2. Translated, as far as I can make out, by Janine Beichman, a professor at Daito Bunka University who is listed as doing all the J-E translations for JAXA’s Space Poem Chain.

Return of the Space Cadet

The divide between human and canine is narrowed in the novel What’s Bred in the Bone. As author Jan S. Gephardt rewrites the definition of a hero.

When A Hobby Becomes An Identity