It’s not much of one, but anime is coming through with a new season on schedule.

This is the season that almost wasn’t. A couple months ago, with productions halting everywhere, it wasn’t clear how many shows would make it to the end of spring, let alone if any would manage to premiere in July. But the anime industry has found ways to keep getting some work done, so although we have a much shorter list of upcoming shows than usual, and most are simply delayed from the spring, there is something to watch.

(If anyone was wondering what this column would have done without any new shows: I was thinking of going back and doing a watchalong of shows that originally didn’t make the cut in seasons with too many good shows, or which otherwise missed their chance.) 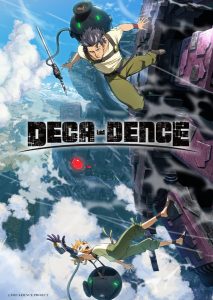 The premise: In the far future when all of humanity survives in a single fortress, a cynical old fighter finds his spirit lifted by a perky young girl who is unable to fight.

The buzz: Despite the clichés of the premise, this is probably the most anticipated new show of the season, partly because it reunites some of the crew who did such an amazing job with Mob Psycho 100. 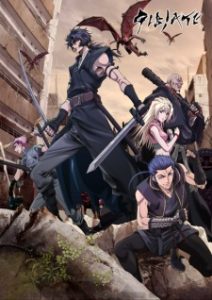 The premise: A samurai and a ninja travelling from the Edo era (1600s-1800s) arrive in the wreckage of 2030s Tokyo to battle monsters resulting from a plague that transforms people based on their age, sex, and nationality.

The buzz: Is mostly from the announcement that famous artist Amano Yoshitaka is doing the character designs; not much love for it otherwise. 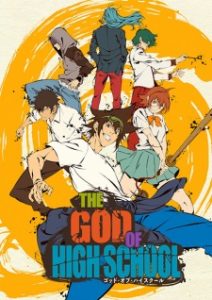 The God of High School

The premise: A competitor in a tournament allegedly looking for the best high-school-level fighter in Korea discovers that not everyone is fighting with strictly human abilities.

The buzz: The source material is very popular, it’s nice to see anime adapting more than just Japanese works, and the trailer looks great. On the other hand, that was all true of Tower of God, plus this is being made by the exact same people who adapted Tower of God, and look how that turned out. 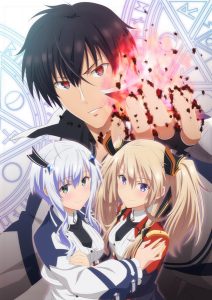 The Misfit of Demon King Academy

The premise: A demon lord reincarnates after getting tired of endless war and destruction, only to discover that all his descendants suck 2,000 years later because magic itself has weakened.

The buzz: Looks painfully generic in every sense of the phrase. 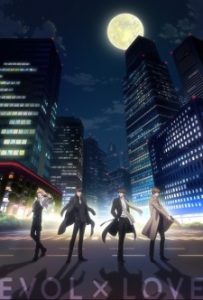 The premise: A young woman abruptly inherits a TV studio and meets four hot guys while being caught up in a conspiracy about superpowers.

The buzz: The game is a dating sim, so if you really like dating sims this might be great, but otherwise probably not. 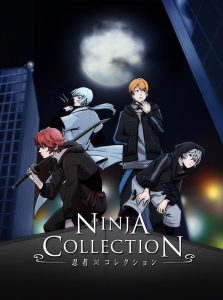 …and that’s all of them, really, the list wasn’t accidentally cut off halfway or anything. But to make up for that, there are more continuing adaptations coming up:

Also, Appare-Ranman!, originally a spring show which stopped airing at episode 3, will be restarting in July. Episode 4 airs July 24, at which point I will be welcoming it back into the lineup.

Earthweeds by Rod Little is a fun read that moves quickly and rarely takes a breather.