Jupiter, king of the planets, with twice the mass of all of the other planets combined. 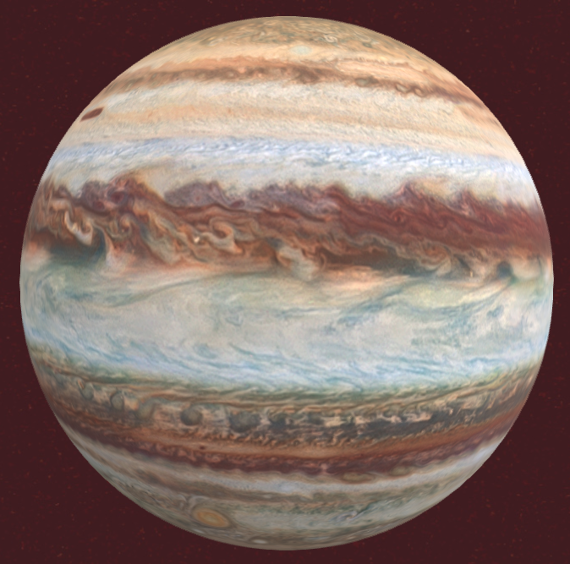 Jupiter lies at a distance from the sun of nearly 483 million miles
It is approximately 87,000 miles in diameter
Jupiter takes 12 years to orbit the Sun
Jupiter has an axial tilt of 25.2 degrees
The surface temperature on Jupiter is -234 degrees (Fahrenheit)
It’s escape velocity is 134,664 miles per hour
Its surface gravity is 81.3. feet/second squared

Jupiter is considered to be a Gas Giant planet.

This year, Jupiter will be visible throughout most of the  year.  From January to May 7, it is visible in the morning. From May until December, in the night sky.

NASA has a wonderful planetary information resource.  You can learn far more about Jupiter here

Eindhoven featured prominently in the allies’ Operation Market Garden plan to invade Germany during World War II. Most of its historic buildings were destroyed at that time, opening things up for more experimental structures.

A perfect example of a scientifically based click bait headline.