Entry #3 in the comic review

Snarked! is the last of the three comics I picked up on my trip to London. I purchased them from that wonderfully geeky shop called Forbidden Planet. It is always on my list of places to visit when I go to the UK. I will be going back to London in a little less than three weeks. I’ll be covering the MCM Expo while I’m there on a press pass. I’m sure I’ll also be visiting FP to pick up some more great comics to share with the visitors to Amazing Stories. So, here we go!

Being unfamiliar with the title, the first thing to catch my eye was the quote from a review from The New York Times on the front cover. “The parts that small children will giggle at and that parents will chortle over aren’t necessarily the same, but there are a lot of both…”. That suits me to a “T”. It made me think of looking at some cartoons and comics from my childhood. The subtle bits of humor that are very adult that just sort of fly right over your head when you’re a child. There’s a lot of it out there. You know the sort of thing I’m talking about, those sorts of jibes from Bugs Bunny that were subtle. Some of today’s shows are more in-your-face.

The story is good, the humor is laugh out loud at times, and the artwork is impressive. They even give a breakdown of all the characters so you know who’s who. There’s also quite a bit of bonus content. It is written by award-winning creator Roger Landridge (The Muppet Show).

After I started reading Snarked!, I realized that it’s part of a series and I was starting in the middle of it. It is written so you don’t have to read the first book to make sense of it, but I am going to go back and see if I can get the first story just for my own reading pleasure. I’m not certain if there is any further books in this story but it’s likely as the last panel has one of the main characters moving out of the panel and saying “I think we should leave them wanting m”, by which I imagine is supposed to be wanting “more”. How very “Soprano’s” of them. 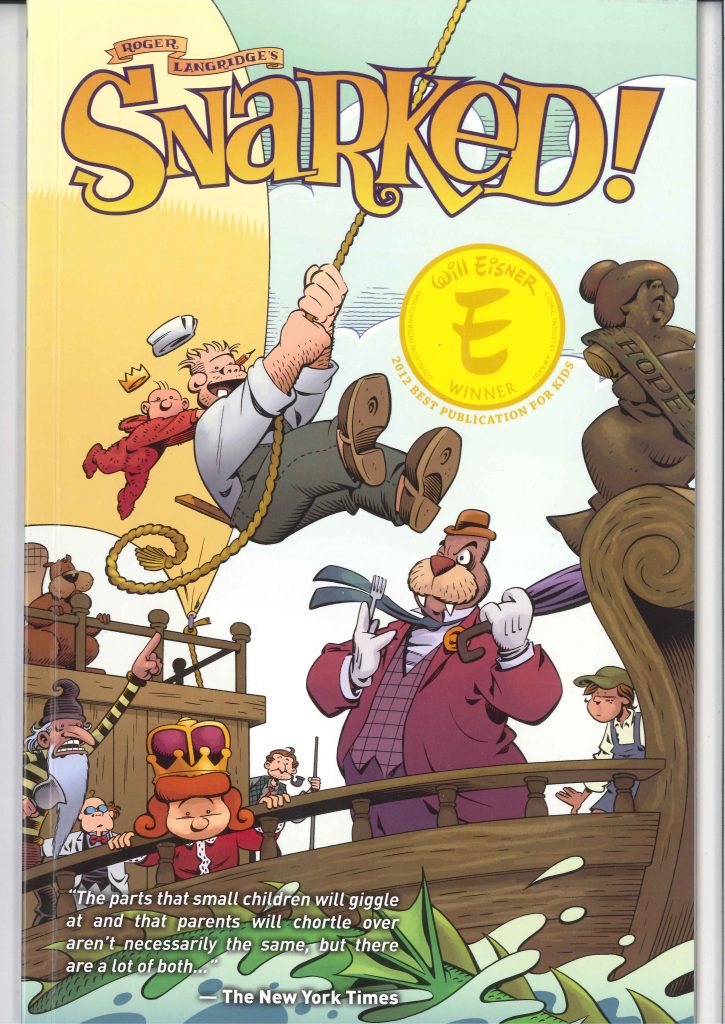 See you next time with my report from MCM Expo!

What Is Explainable Artificial Intelligence and Is It Needed?

First, some big news for those of you in Spain and Portugal: Crunchyroll expanded its offerings for you as of May 9th. The specific list of shows involved isn’t accessible outside your countries, so I can’t tell you what to be excited about getting access to, but go have a look! Space Brothers #56 – […]

Mysterious Light Flashes Are Coming from Deep Space, and AI Just Found More of Them