Space Westerns are making a come back

The on-screen western is enjoying a bit of a resurgence right now, but its close relative, the space western, has never really gone out of style. From Rachel Bach’s Fortune’s Pawn and James S.A. Corey’s The Expanse to Star Wars and Firefly, science fiction loves stories set on the edge of civilized space. Outpost, the new space western from W. Michael Gear, is such a story.

Outpost has everything you’d expect from a gritty western: a stoic heroine, a community struggling to survive against the brutal wilderness, and that messy process of trying to negotiate the difference between order and freedom. Of course, it’s set not in a dusty frontier town on Earth, but rather 30 lightyears from Earth, on a neglected human colony on a planet called Donovan (named after the first dude that died there).

Donovan has only been in existence for 30 years, but that seems like a lifetime to the human population that has had to make due with dwindling resources, consistent casualties, and constant threats from the wildlife that lives just beyond the colony’s borders—and isn’t afraid to slip inside the parameter. The last of the cattle died years ago. Antibiotics are gone, making curable diseases deadly. And no Corporate-sent ship has come to provide reinforcements in years.

That is until the Turalon shows up.

The Turalon has been traveling through space for two years just to get to Donovan with a Corporate mission to find out why the colony has stopped sending its shipments, and what happened to the previous ships that were sent to check in on Donovan. Led by ambitious, young Supervisor Kalico Aguila, with the brutal enforcement officer Cap Max Taggart by her side, the crew doesn’t know what they’re in for. Donovan is filled with survivors who are no longer willing to play by the Corporate rules. 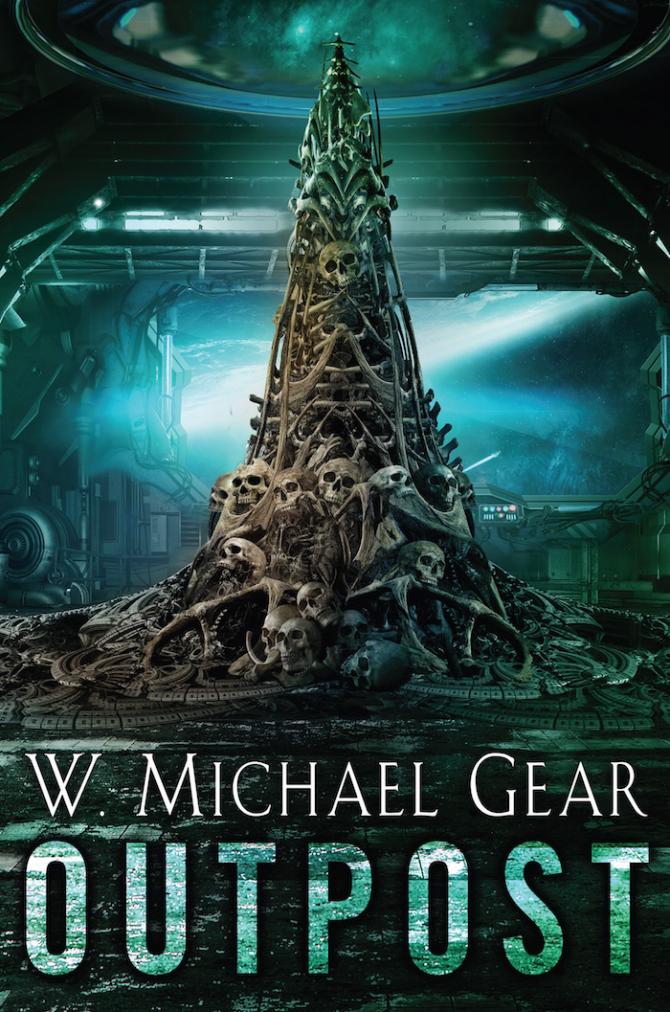 On the other side of the Corporate-contractor line are the residents of Donovan, led by hardened badass Talina Perez, one of the three leaders of the Port Authority colony. We meet Talina in the book’s opening scene as she faces off against a quetzal, a deadly creature that regularly eats colonists. “Talina had a momentary image of its wide mouth, the wickedly serrated teeth. Then it blocked the sky as it hurtled towards her.” Talina somehow survives this encounter, though barely, immediately grounding the reader in the life-or-death stakes of this world. (Though, it should be noted, Talina considers the Corporation more dangerous than the quetzals.)

While the residents of Donovan’s Port Authority may call the ship-dwellers on the Turalon soft, it’s not exactly paradise in space, either. While there are no quetzals, only one in five ships successfully makes the journey. (“You either make it or you don’t … Space doesn’t come free.”) Although, when the Freelander, a ship that has been missing for two years, shows up with all of its crew dead from old age, even that seemingly simple one-in-five math is called into question.

Those that do survive the journey through space exist in severely cramped quarters, so much so that no one seems to notice when psychopath Dan Wirth up and kills his roommate in order to take his place on the expedition down to Donovan. Talina, she of good instincts, compares Dan Wirth to a quetzal before she amends her earlier statement: He’s worse than a quetzal; he kills his own.

This is just a glimpse of the rich interpersonal, political, and geographic backdrop that informs Gear’s writing. In Outpost, the author has infused his science fiction foundation with elements of horror (think Alien) and mystery (think Annihilation) , slowly unraveling the story of how Donovan came to be the way it is and what happened to the Corporate ships that disappeared. While Gear casts a wide net in terms of character points-of-view, he never loses track of his larger thematic foci, such as what people will risk for power and wealth.

It’s not easy to create an entire new planet setting and to immediately ground the reader in that world, but Gear makes it look easy. (“On Donovan, he saw only wilderness, the patterns of the geology, watersheds, and lakes, all shaded by varying hues of blue-green vegetation.”) He strikes an impressive balance between only telling us what we need to know when we need to know it and making this feel like a fully-realized place from the get-go. By doing so, we are both invested in the fate of these people and their colony, but also unspoiled for the mysteries that will slowly unravel there and in the space above.

Outpost is the first in a planned trilogy, with the second installment set to come out in November 2018. After finishing Outpost, the wait will feel as long as the journey from Earth to Donovan. This may be a hard world, but it isn’t one without its optimism and, after spending time with these characters and in this world, you will be desperate to find out what will happen next. I know I am.

Author guest blog: On Becoming a Lioness by Kristina Pérez

I guess if you’re a gilr who can move sh*t with your mind, there’s bound to be random sh* flying through the air…

Newly elected SFWA President AND winner of the 2019 Hugo Award for Best Novel!