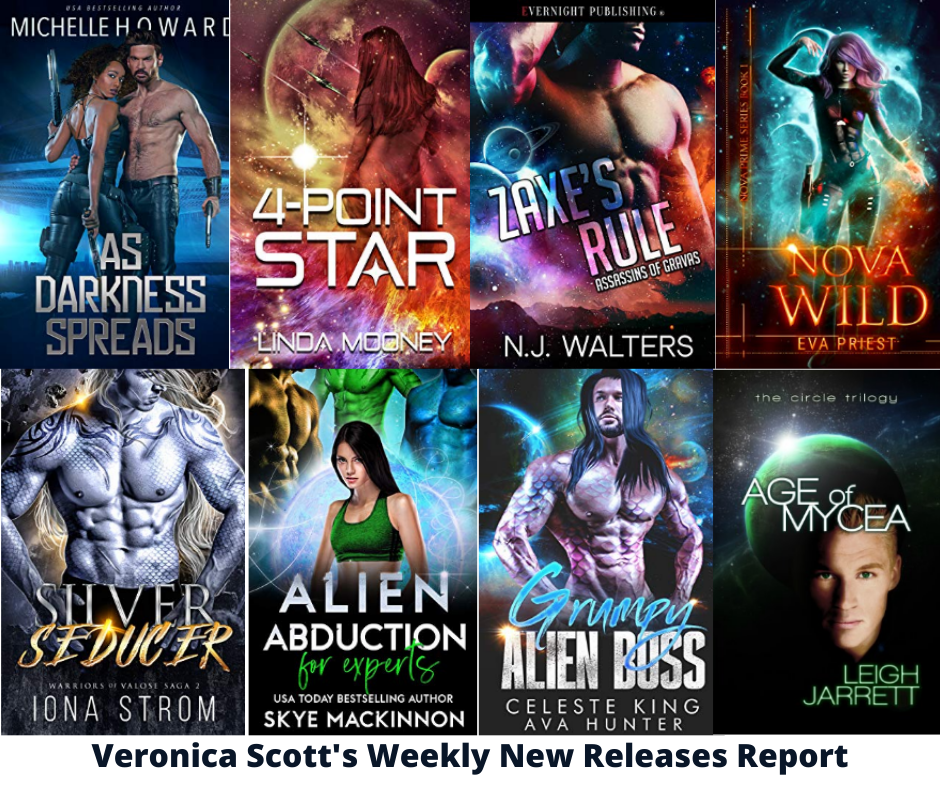 Here’s a teaser for this week’s first book (jump to the blog to see the approximately 85 titles featured this week): 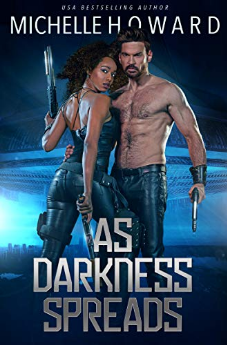 AS DARKNESS SPREADS (THE VASSI CONTACT BOOK 1) by Michelle Howard

VS note: Pre-ordered this one, sounds good.

2130 – One minute the world was a safe and sane place, the next all hell broke loose. A mysterious infection spreads across the country turning people into walking flesh eaters. Aspen Brooks, top pilot extraordinaire, is scared. Pure and simple truth. Zombies are crossing the land and terrorizing the entire country and she has no idea where to turn or what to do. Receiving the call to bring home a group of military guys is the perfect distraction she needs to stop worrying about how she’s supposed to survive. Captain John Crawley faces his toughest mission yet. With his combat team at his side, their immediate goal is to protect their families from the flesh eating beings crossing the land and terrorizing America.      Venik Avar came to Earth to find his missing brother. Instead he’s faced with the consequences of a careless act. Just when he decides to leave the primitives of this strange world to suffer their cruel fate, he crosses paths with a courageous female who makes him believe they might be worth saving. Dawn Reavers had planned to hunker down during the worst of what appeared to be a zombie invasion. Stumbling across an alien in her front yard forces her to rethink her plan and soon she’s forming a temporary alliance to save the country. Maybe even the whole world. While the world spirals amidst chaos, a courageous group emerges to save the day. 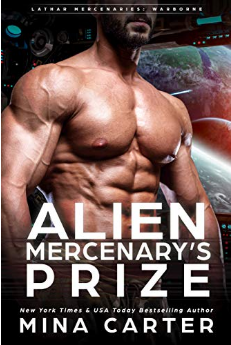 Natalia Heath is a survivor. She’ll survive an alien fight pit. No problem. On the run from her crime lord father most of her life, Nat knows how to survive in the worst places in the universe. Being kidnapped by aliens and thrown into a gladiatorial arena to fight for her life is just another turn of bad luck in a lifetime of them. She just needs to figure out a plan to escape. What she doesn’t plan on though is the sexy alien who says he’s here to rescue her… or the sparks that fly between them.

Beauty’s secret could get him killed… not revealing it will mean her death. Former pit champion and now a member of the famous mercenary unit, the Warborne, Beauty has two goals in life; keep his head down and die of old age in his own bed. Unfortunately he picked the wrong profession for that. When a team member’s sister is captured, he must head back to the gladiatorial fight pits and reclaim his place as champion to save her. Unfortunately for him, she turns out to be a spiky, snippy little human female with plans to save herself. Worse, her scent is the most tantalizing he’s ever encountered… She’s beautiful, alluring, and HIS. His mate. But the rules have changed. The pits are no longer a place where skill in combat can elevate a fighter to freedom. It’s a place of despair and hopelessness with no way out. To save them all, he must deal with the devils of his past and fight a new champion, one shrouded in secrecy who kills all who dare to step onto the sands in challenge.

Notes on the SFR Galaxy award and some thoughts on SF Romance’s future.