Love isn’t part of the bargain, but every moment that I spend with him, I learn more about the male beneath the metal 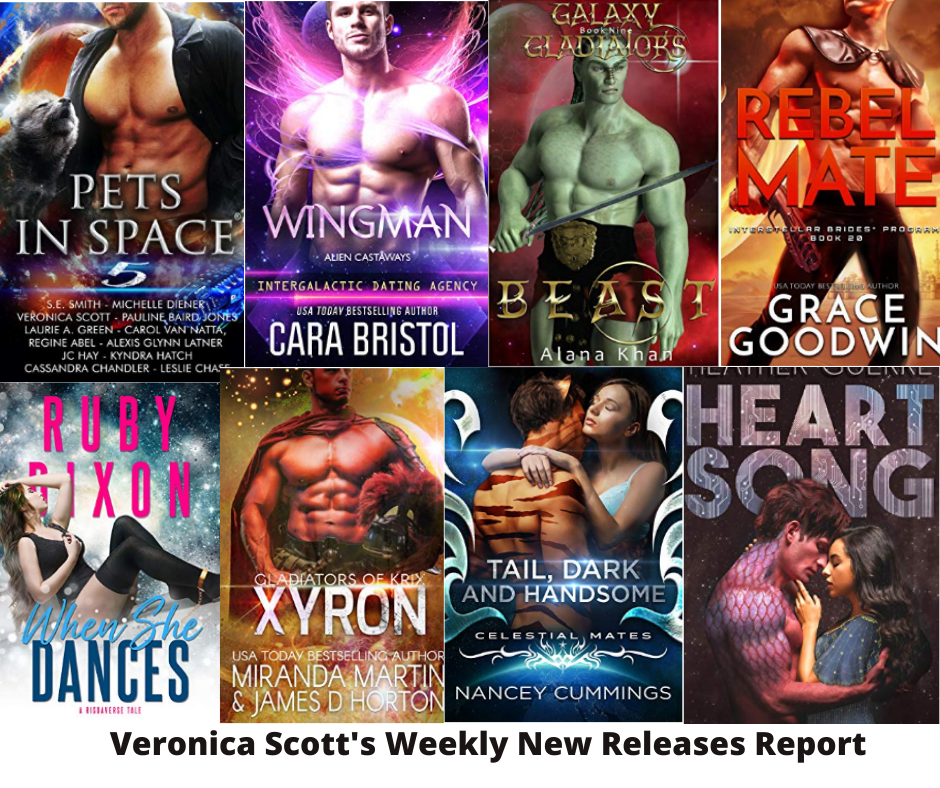 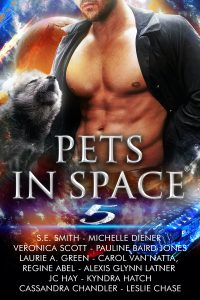 PETS IN SPACE 5 by Various

VS Note: As the co-founder of this anthology, with Pauline B. Jones, I’m VERY excited to report the release! We’ve got great stories for you this year, as always…

It’s time for an escape! Pets in Space® 5 is back for the fifth amazing year! Escape to new worlds with twelve of today’s top Science Fiction Romance authors. They have written 12 original, never-before-released stories filled with action, adventure, suspense, humor, and romance that will take you out of this world. The giving doesn’t stop there. For the fifth year, Pets in Space® will be donating a portion of the first month proceeds to Hero-Dogs.org, a non-profit charity that supports our veterans and First Responders. If you are ready to forget the world around you and make a difference while you are having fun, grab your copy before it’s gone!

My full length novel in the anthology: STAR CRUISE RETURN VOYAGE: Gianna Nadenoft is a reclusive survivor of one of the worst interstellar cruise ship disasters in the history of the Sectors. Now a renowned artist, she hasn’t left her home planet in decades, not since returning there after the wreck as a traumatized three-year-old. With her service animal at her side, she’s going to attempt to travel across the star systems to attend her brother’s wedding and reunite with her fellow survivors.

Trevor Hanson is a security officer aboard the cruise liner Nebula Zephyr with his own traumatic past as a former Special Forces soldier and prisoner of war. He’s assigned to provide personal protection to Gianna during her time aboard the ship but soon finds his interest turning from professional to romantic.

Onboard the Nebula Zephyr, powerful enemies are watching Gianna and making plans to seize this rare opportunity to gain access to her and the secrets they believe she’s still keeping about the wreck. Can Trevor overcome his personal demons and rise to the occasion to save Gianna from the danger waiting on his ship, or will she slip through his fingers and suffer a terrible fate deferred from her last disastrous voyage? 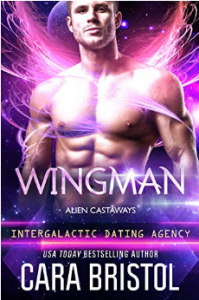 He has wings, but this alien is no angel…Traumatized by the deaths of his family and the destruction of his planet, Wingman lands on Earth in search of a haven and the solitude to nurse his emotional wounds. When a chance decision foils a kidnapping, he’s drawn into the life of a young widow and her daughter. He’s shocked to discover the human woman is his genmate, the one he’s genetically bonded to. To escape a stalker, Delia and her imaginative, impressionable daughter flee to a small town where nobody can find them. She’s concerned, but not overly so, when her daughter says she’s invited an angel to her birthday party. Until the winged alien actually shows up. After a rocky start, Delia begins to see Wingman for what he really is—one of the kindest, most protective, sexiest men she’s ever met. But just as passion deepens their bond, dangers resurface to threaten Delia and her child. Will Wingman be able to confront the demons of his past to make the sacrifice necessary to protect them? 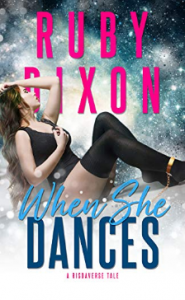 WHEN SHE DANCES (A RISDAVERSE TALE) by Ruby Dixon

VS Note: I am seriously BEHIND on my TBR List, haven’t gotten into this series yet so I’d better hurry up and get to my reading!

I never expected to spend my days as a dancing girl…but it beats the alternative. In the window of a filthy space station cantina, I gyrate my hips and hope for better days. When I’m bought by the most intimidating alien on Three Nebulas Station, those better days are on their way. Zakoar of the Broken Back is a cyborg who deals in black market prosthetics. He’s terrifying to look at, with a metal jaw and a fearsome demeanor. He intimidates everyone in the galaxy…except me. Zakoar doesn’t want my name. In fact, he doesn’t want anything from me…except a little bed sport. In exchange for my willingness, he’ll take me to a human-friendly planet where I can live unafraid. Love isn’t part of the bargain, but every moment that I spend with him, I learn more about the male beneath the metal…

…and I’m suddenly dreaming of a very different happy ever after for myself.

The second issue of MetaHumana magazine is released and an anthology – Scientific Fiction – rounds up the year’s stories from the titular website.