Now more than ever we need serious reading distractions. Here are some serious suggestions. 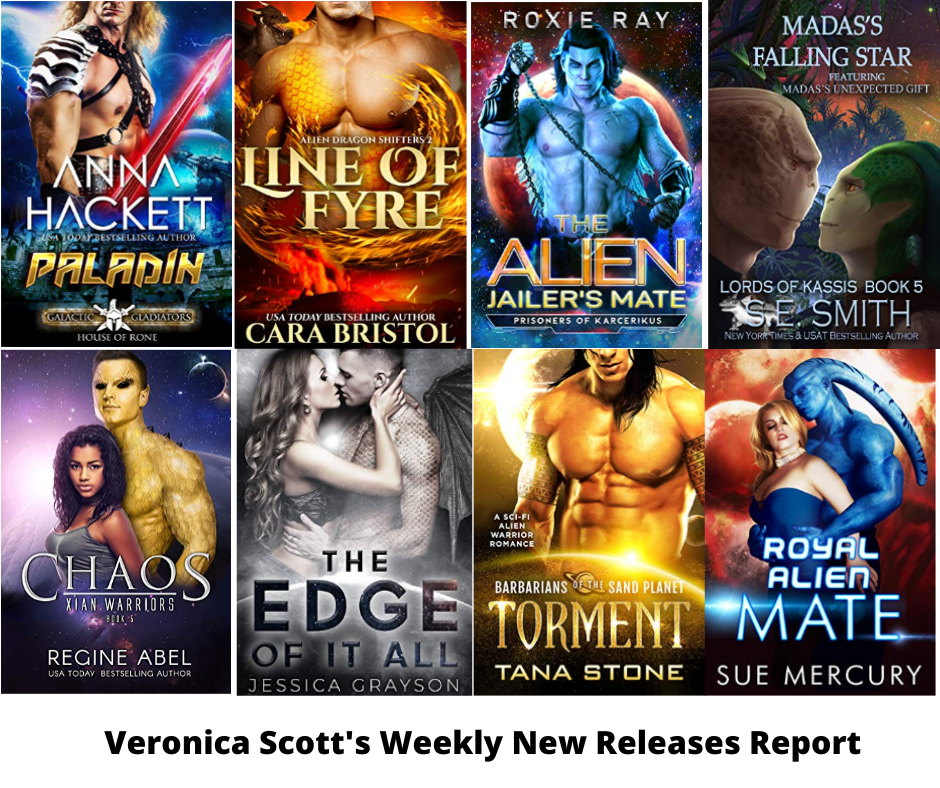 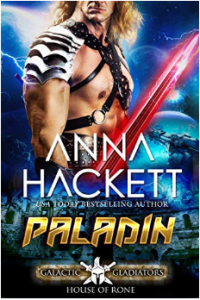 VS note: An immediate one click for me! Love these books…

Abducted, enslaved, and constantly worried for her daughter, scientist Dr. Simone Li has had a rough few months. Now that she and her daughter, Grace, have been rescued by the fierce cyborgs of the House of Rone, she’s trying to make a life for them on the desert world of Carthago. But guilt and worry are eating at her…Toren—a once-emotionless cyborg—was injured rescuing them from the dangerous Edull aliens. Now, he’s inundated with emotions and not coping. Drawn to the wounded cyborg, Simone must find a way to help him and still protect her battered heart.

Bred to be a warlord’s personal cyborg, Toren has prided himself on being a cool, precise fighter dedicated to his house and imperator. Now his entire life has been torn apart. He’s broken, useless, and sidelined as an elite House of Rone cyborg. Every minute of every day, he struggles through a deluge of unfamiliar emotions and wants revenge…and only one woman calms the storm.

Desperate to bring down the Edull and rescue another abducted woman, Toren and Simone go undercover in the desert. Despite the dangers around them, these two tortured souls can no longer fight their intense attraction and the pull of fierce, overwhelming emotion. But Toren will soon have a choice to make: risk it all for love or go back to being the emotionless warrior he’s always been. 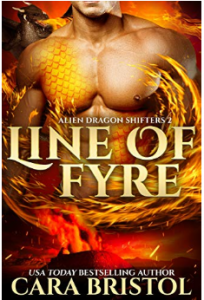 VS Note: Always great to have a new release from Cara!

You know things are bad on Earth when you’re the president’s daughter and becoming a concubine to an alien dragon shifter seems like your best option…Helena Marshfield made a big mistake. But making it right puts her life in danger. She’s forced to flee and become the concubine of the Draconian prince. She never expects to be attracted to the “dragon man,” and has no intention of making the relationship real.

Prince T’mar has no wish to consort with a human. Unfortunately, his father, the king, decrees he must accept her, his dragon mistakes her for their mate, and worse, the flame-haired female stirs his desires. Still, he intends to deposit her at the palace and fly away. But when powers on Earth draw them into the line of fire, will their unexpected, unwanted burning attraction be the one thing that can save them? 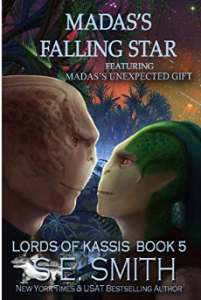 VS Note: A re-release as Susan’s Pets in Space® 4 novel with a bonus novella.

Can a small reptile from another world save the Princess he has adopted? L’eon, a Chameleon Lightning Lizard, awakens to find that his planet was destroyed by an unidentified force. Trapped in an iron-ore prison hurtling through space, he is lost and alone until an unfamiliar planet’s gravitational pull draws him to its surface—and he is freed by an enchanting alien who he quickly adopts.

When a meteorite falls from the sky, Princess Madas Tralang rushes to claim the prized and potentially valuable space rock for herself. She is startled to discover an unusual creature huddled inside. Touched by the creature’s soulful eyes and unique features, she vows to protect the extraordinary reptile.

Madas is unaware that she has befriended one of the most ferocious and feared species in the known galaxies. After all, who would ever believe that something so cute could be so deadly? Perhaps, someone should have warned Madas’s unwelcome suitor about L’eon before he decided to try and claim her!

“Believe That A Black Man Will Fly”/ Final IconTrailer