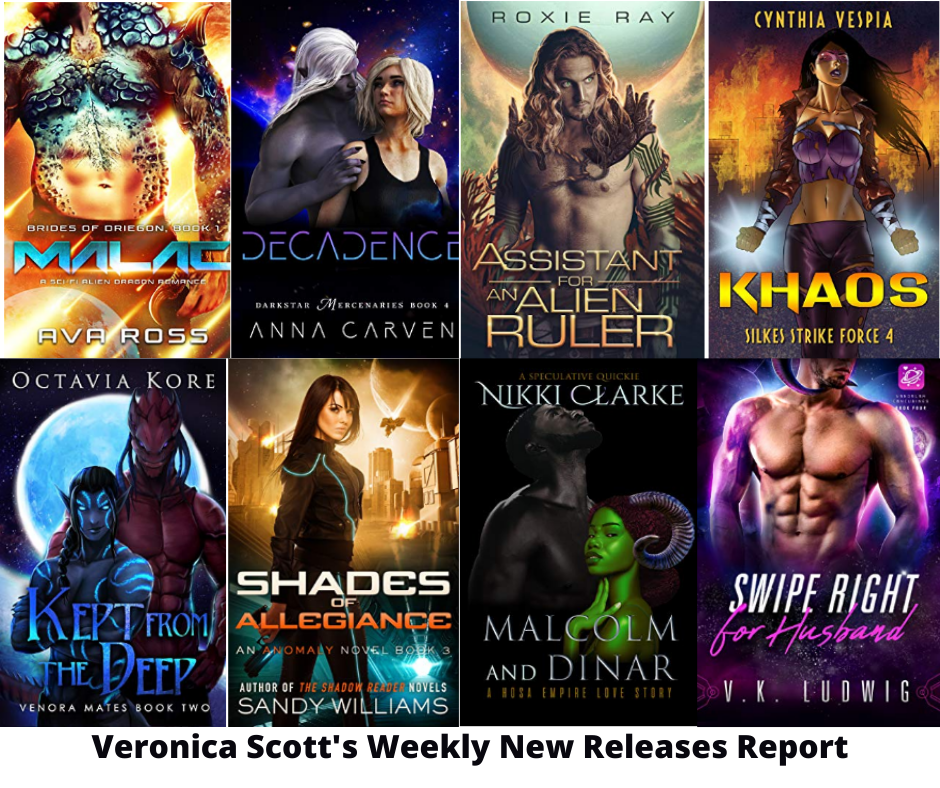 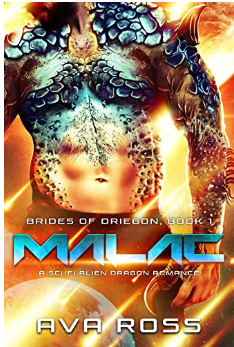 An alien dragon king meets his fated mate in a woman from Earth. With conflict brewing in the kingdom, will he be forced to make a heart-breaking choice? Bella – When I came to the subterranean kingdom of Driegon as a mail-order bride, I didn’t expect the dragon king to sweep me off my feet, take flight, and claim me as his mate. He says a mythical mating ritual called the Torrent proves we’re fated. Yeah, sure. Then I find out he’s almost engaged. He insists he’ll find a way for us to be together, but I’ve fallen for pretty lies before, and I won’t give my heart again easily. Malac – To end a war among the factions of my Driegon people, I must marry the daughter of a rival warlord. I’ve accepted my fate. Until I meet Bella, one of three Earthlings brought to my kingdom as mail-order brides. One touch, and my blood roars through me—the first sign of the Torrent. We’re fated and I ache to claim her, yet I cannot betray my people. But the heart of a dragon will not be denied. 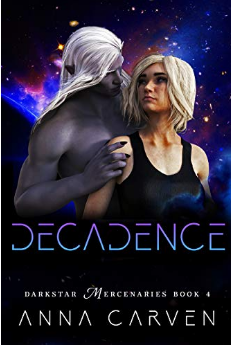 VS Note: Ooh, one clicked this! I love her Dark Planet/Darkstar stories…

The retrieval mission was supposed to be simple. Get in, get the human females, kill the slavers, and get out. As a former High Commander of the Kordolian Imperial Military, Ikriss Peturic has seen–and done–much worse. But one female in particular has been treated a lot more badly than all the others. As he took her away from her tormentors, carrying her in his arms, she hovered between life and death. Now she is safe. He should be able to forget about her. A new threat has appeared, and he has work to do. So why is he so angry and restless all of a sudden? Why can’t he focus? Why do the bases of his horn-buds throb? What is this cursed madness?

Newly released novels, comics, a new course on SF film, coverage of a discussion of Bolivian cyberpunk and lots more!

Did Star Trek Get It Right?: USS Enterprise vs. International Space Station (Part 1)