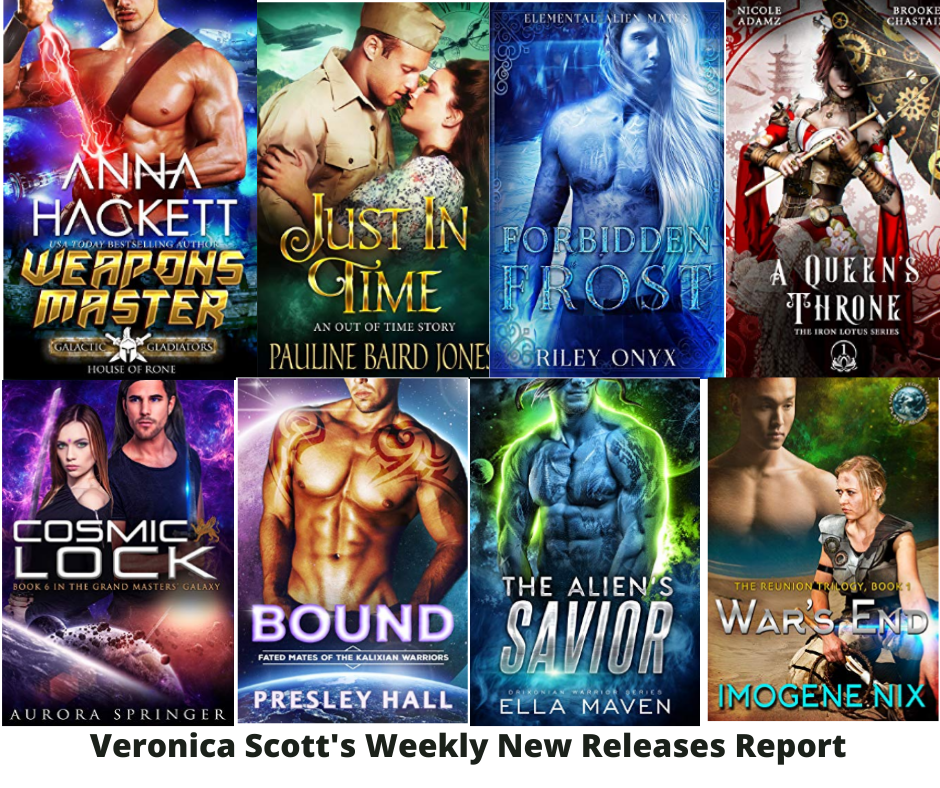 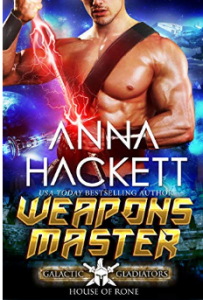 VS Note: I’ve loved all her Galactic Gladiators, always so happy to see a new book! One clicked of course.

A grumpy cyborg weapons master collides with a feisty mechanic from Earth who turns his ordered existence upside down. Abducted from her exploration ship and enslaved on a desert world, mechanic Bellamy Walsh has fought for her survival. She’s had to fight for everything in her life, and she doesn’t ever expect things to be easy. After being rescued by the tough, deadly cyborgs of the House of Rone, she is shocked to find herself drawn to a grumpy beast of a cyborg. A genius weapons master who prefers his solitude. A man with scars of his own. A man whose brawny arms are the only thing that chase away Bellamy’s nightmares.

Maxon Shaye likes to be left alone to work. He doesn’t mind his fellow cyborg brethren, but he finds people annoying and chaotic. He’s disconcerted by his growing need to keep Bellamy Walsh safe, and thinks she’s irritating and brash. The woman keeps invading his workshop, getting in his space, and…the even more infuriating thing is that he’s actually starting to like her there. What he doesn’t like is her burning need to throw herself back into danger. Bellamy is determined to help bring down her captors—the metal-scavenging Edull and their deadly desert battle arena—and that makes her a target. She knows too much and the Edull will stop at nothing to silence her. Maxon will do anything to keep her safe, even if that means threatening the growing bond between them. But in order to destroy the Edull’s arena once and for, Maxon and Bellamy will put everything on the line—their desire, their love, their lives. 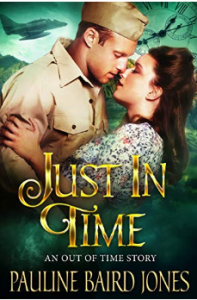 JUST IN TIME: AN OUT OF TIME STORY by Pauline Baird Jones

VS Note: I love PBJ’s books! One clicked…

He’s racing back to rescue the future. She’s trying to survive her present. Will the past doom their love? Undisclosed location, present day. Fearless scientist and military pilot Ty Granger has dedicated his life to hunting down those who tamper with time. So when someone attempts to stop the development of a cutting-edge plane in 1954, he’s forced to make a risky jump back through a temporal vortex. But his mission takes a twist when he falls for the revolutionary device’s beautiful inventor…who only has days left to live.

Edwards Air Force Base, 1954. Alice Merriweather is desperate to prove her extraordinary creation can fly. So when a handsome stranger offers to be her test pilot, she overlooks his claim that he’s from the future. Fearing that a rival plans to sabotage her project, Alice risks trusting the mysterious man who treats her like an equal. As history grows fragile, Ty fears the clock will expire on saving his love from her terrible fate. And though Alice has fallen hard for the futuristic man, she’s prepared to sacrifice her life if it means her radical work and the man she loves will survive.

With shadowy enemies threatening to erase Ty and Alice’s existence, will they find their happily ever after?

Beware of SF Artist types…they may have Author partners!

We’re Getting Closer to Human Cloning. Here’s What’s Stopping Us.