The cyborgs just keep on coming…. 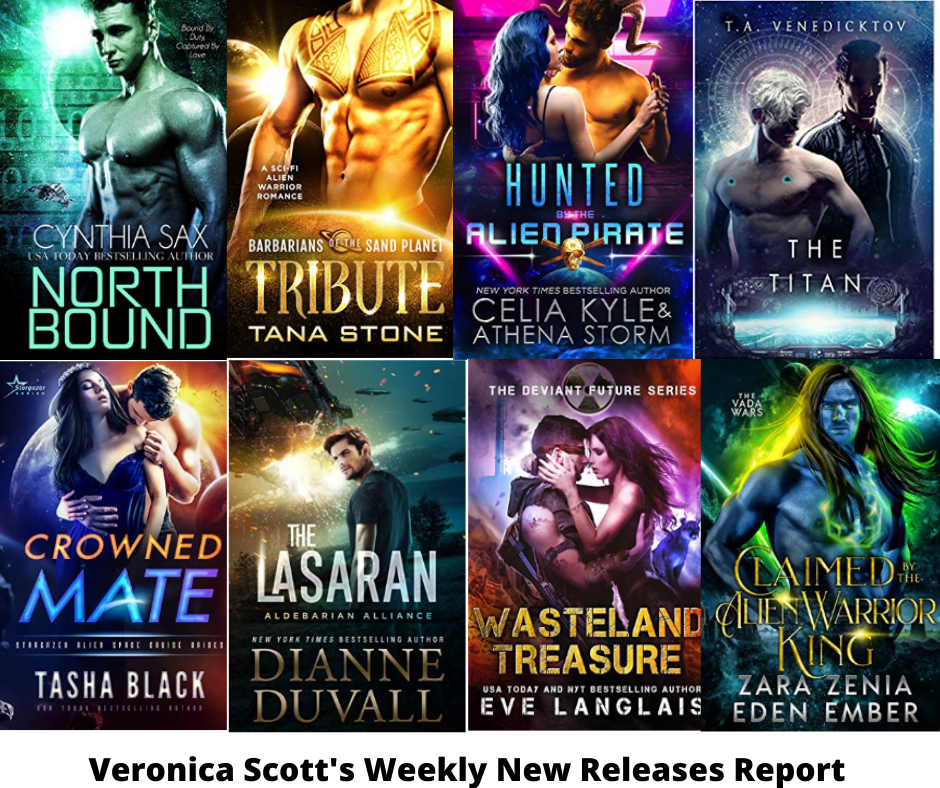 Some days it’s hard to do anything but keep up with the news right now but as always the new books keeps coming. Sending you best wishes for peace, safety and good health…

Here’s a teaser for this week’s first three books (jump to the blog to see the approximately 50-70 titles featured this week): 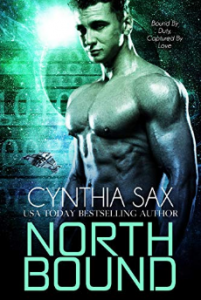 VS Note: She’s an autobuy for me, love her cyborgs!

North, the second-in-command of a cyborg crew, has two priorities—he has to explore and collect data on Balazoid Minor, a small planet in their sector, and he must bring his three-being team back to the ship alive and fully functional. When he encounters his brash, bravado-wielding female, the one being genetically designed for him, he recognizes her for what she is—a distraction that might get him and his brethren killed. He WILL claim her, but only on his terms, when his mission is complete and everyone he is responsible for protecting is safe.

Myrina the Magnificent is the best warrior on her planet and possibly the universe. She has captured an unparalleled fourteen males for her all-female tribe. Once she has secured the fifteenth male, she will be a legend. Her name will live forever. She’ll earn the undying adoration of her sisters. Glory will be hers. The male in her sights—and in her snare—is a huge, gray-skinned, blue-eyed cyborg with a skill for war and lips designed for kissing. One emotionally charged battle is all it takes for Myrina to realize she wants North for herself. She won’t share his caresses with anyone.

Their forbidden love might be destined to be, but it won’t be easy to maintain. Myrina will have to fight her sisters, an all-powerful male-eating plant, and her cyborg’s unbending will to make North hers and hers alone. 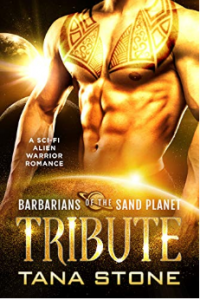 TRIBUTE (BARBARIANS OF THE SAND PLANET BOOK 4) by Tana Stone

She gave herself to the aliens to save her friends. Now she’s pledged to be the Crestek warrior’s mate. But will the marriage of convenience become something more?

Volunteering herself as tribute to the aliens was the only way Holly could ensure the safety of the rest of her bounty hunter crew. Problem is, now she’s locked in the alien city and engaged to marry a guy she’s never even met. All she wanted to do was save her friends so they could get off the sand planet. She never dreamed she’d end up as some huge alien’s mate. She’ll play along until she can find a way to escape, and then she’s gone, and he’ll be nothing but a memory. What could go wrong with this plan?

As one of the high-born Cresteks, he could have his pick of mates, but now he’s been told he must marry the alien female they took from the Dothvek barbarians. The flame-haired female may stir his desire, but she also seems to take pleasure in defying him. The last thing he wants is a stubborn mate who doesn’t even want to be bonded with him. He’ll go along with it for the sake of his family honor, but he has no intention of falling for her. Right? 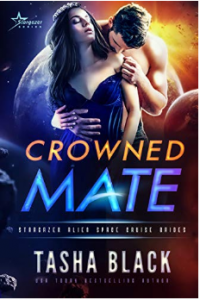 VS Note: A new series from Tasha Black!

Juno Adair can’t believe her luck when she wins the Princess Package space cruise and sets off aboard the Stargazer II in the lap of luxury. But she soon learns that even pretend royalty comes at a price. Torn between the valet that loves her for who she really is, and the king who can save her people, Juno faces a choice that she never wanted, but one that will decide her fate. Can she resist her urges long enough to do what’s right for her people, or will she choose love over duty?

Zane is a royal in hiding. He spends his days staying out of the public eye, performing manual labor in the amazing forest at the center of a luxury space cruiser. Until he spots the newest passenger, Princess Juno, who stirs something in him he’s never felt before. He does everything in his power to be by her side, even posing as her personal valet. And when he learns that her people need help, he knows just what to do. But to help her, he will have to reclaim his forsaken lineage and take his rightful place on the throne, even if it means losing her forever. Will he reveal his secret to save her people, or will he confess his love to win her heart?

We think someone ought to do a study of the skin tones chosen by authors for their aliens. Is there some particular reason why green, purple and blue are prominently featured, or is it just circumstantial?

Get your sci-fi six packs here!