A winner of the Gernsback Writiing Contest, author Jeremy Lichtman now offers us a selection of his short fiction – all in one place! 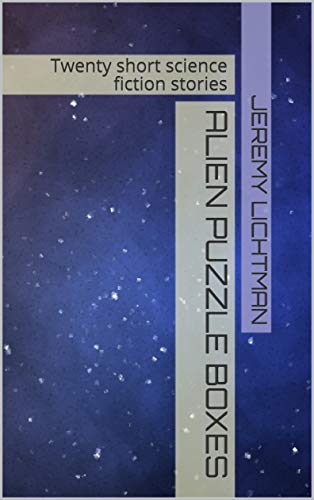 Author Jeremy Lichtman, a finalist in the inaugural Gernsback Writing Contest*, has just announced the release of a collection of his short pieces with Alien Puzzle Boxes: Twenty Short Science Fiction Stories.

His Bob the Hipster Knight, a trippy, cyber-punky tale, was among the ten finalists selected for Amazing Stories own Gernsback writing contest and now appears alongside nineteen other tales take place out on the creative edges of the genre.

You can find it here.

The Gernsback Writing Contest selected ten “finalists” or winners for a special anthology.  So in this context, “finalist” = “winner”.

Tanya begins her series focusing on writers of the fantastic with this interview with author Nieves Guijarro Briones.