Star Trek anthology weighs in on the Axanar lawsuit 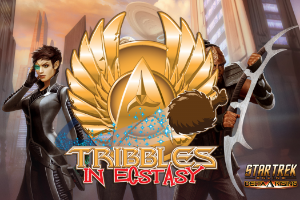 Last week, we joined Tribbles in Ecstacy, along with Kat Sky, Larry Nemecek, Lynne Zielinski, Lance from Priority One Fleet, Jespah and Soriedem from G&T Show, Kenna from Priority One Podcast, Black Magnum and Madd Wolf of Club 602, Morgan Lariah of 5th Passenger and Havraha from Podcast UGC, and engaged in a variety of Star Trek and Star Trek Online-related discussions.  Have a Listen!

If there’s a Star Trek or Sci-Fi podcast you enjoy listening to, let us know.

The Shot Heard ‘Round the ‘Net 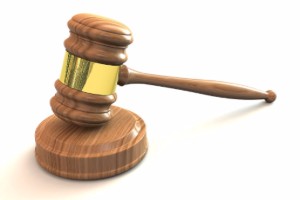 By now, you likely have heard the ambitious fan-produced Star Trek film “Axanar” has been declared a defendant in a copyright infringement lawsuit filed by CBS.  This has created plenty of chatter throughout the fan community.  Of course, except for the principals in that case, nobody has access to specifics of the situation.  Unless you work for CBS/Paramount or Axanar Productions, any information you have received regarding this case is speculation at best.

There also has been concern that YouTube has received “Take Down Notices” regarding other fan-produced films and episodes.  Bear in mind, fan films have been in existence since at least 1926, with Star Trek fan films created ever since 1969.  Over the past half-century, CBS has been deliberately silent regarding its position on such productions, allowing fans like us all over the world to develop our own Star Trek adventures, with little-to-no repercussions.  However, the affordability of film-making technology, crowd-funding and distribution has democratized the film production process, making it possible for independent producers to release a product of comparable quality to the studios, creating a renaissance and proliferation of fan-produced Star Trek adventures, which the original rights-holders might consider a threat to their brand.

Star Trek Anthology is monitoring this situation, and taking necessary precautions to minimize any disruptions or delays to our productions. 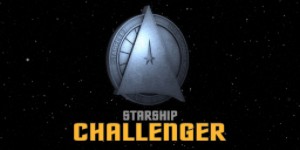 As we begin Star Trek’s 50th Anniversary Year, Star Trek Anthology is rapidly approaching the final shoot for our pilot episode.  2015 was an exciting year, and we’re glad you’ve been with us along the way.  2016 is gearing up to be extra-special, as we continue to develop Starship Challenger. 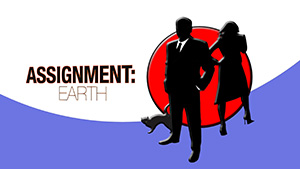 We’ve had a lot of positive response about our concept for this show, as well as two other series we have in the works, Assignment: Earth andMother.  Development of these series will take some time, as new sets, costumes and wardrobe will have to be created.  Assignment: Earth will be a continuation of The Original Series episode of the same name, with the pilot episode being penned by William Alexander, and Mother is a new creation by Jim Bray, currently being written by Jessica Burke and Anthony Burdge. 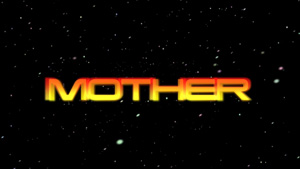 Mother is set in the TOS time period, on a family-run freighter operating in shipping lanes, tormented by Orion pirates and other renegades, some familiar to Star Trek fans, and some new nemeses.  Donna Roberts’ memories and personality live on, impressed on the computer circuitry of the Ursa Maru, and thus can still care for…and protect…her children. 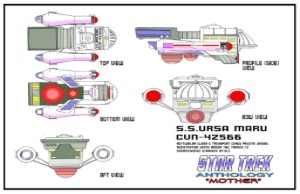 The crew of the ship might look familiar to fans of other Star Trek fan films and web series:  Paul Sieber plays Max Roberts; his children, Maddie and Arti played by Kaylee and Ethan Bray; Wendy Maquera is Grace Roberts, and Pat Evans will appear as “Gramps.”  Together, they keep the Ursa Maru lumbering from one outpost to the next.

Thank you very much for your interest and support.  For those of you who have donated, you will soon see what we can produce with your contribution.  You’ve seen a glimpse in our updated demo reel.  He hope you will help us get the word out about future developments here at Star Trek Anthology.

Listen in on the Apollo 11 mission as if it were taking place today!