Critics are being critical and audiences are buying tickets. Meanwhile, police are patrolling outside theaters. The real question is – has DC decided to stake out supervillian territory? 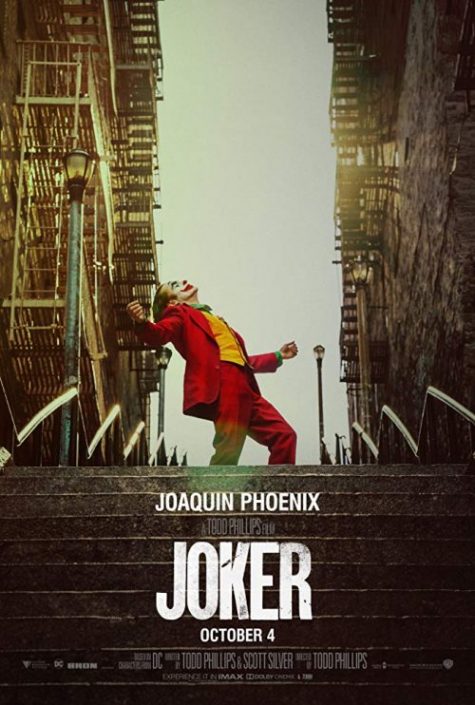 The cost and cooperative nature of filmmaking is, probably, what sets the art form apart from all others. A book, a poem, a painting are clearly the work of (usually) a single individual; a point of view expressing itself through a medium. A play or a musical piece owes a lot to its performers, but can be performed so often by different groups that the genius (or lack thereof) of the singer versus the song eventually becomes evident. A film though … so much of it is the result of a confluence of artistic decisions from many individuals that true authorship is forever elusive, no matter how much lip service we give to the cult of the director. And they’re so expensive to make we rarely see the same movie produced enough times to get an idea which is which.

Did the film work because the script was so good anyone would produce a solid experience, or did it require the specific director’s hand to tame the writer’s worst inclinations? Was the lead hypnotically engaging because the actor was so good or was the role so well devised any decent actor would have produced a great performer from it? More complex than that is the question of which aspects of that split process win out. Does fantastic art direction and music undo horrible missteps in dialogue and stunts? Is a miserable lead performance enough to ruin a perfectly well made thriller? Is Joker an engaging character study anchored by a modern master of the tormented loner, or is it a misconceived mess which wastes a towering performance amid what could have been an impressive re-imagining of a pop culture icon?

The most important thing to note going in is – for all the times words like Gotham and Arkham and Wayne are said – this is not a movie about the Joker. It’s about Arthur Fleck (Phoenix), a party clown for hire juggling loneliness, poverty, an extremely co-dependent mother and myriad chemically treated personal demons only surviving via his dream of making it as a stand-up comic and appearing on the Murray Franklin (De Niro) show. Spiraling into deeper and deeper levels of depression alongside a similarly collapsing Gotham City, Fleck finds his salvation in the emerging persona of a green-haired, white-faced clown who can do whatever he wants because he has no reason not to. 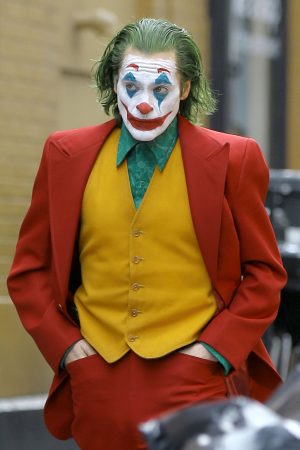 Joker is a captive of its influences. First and foremost of this is obviously its comic book origins, the long and winding mythology of Batman. Joker is at its best when it ignores those (which is frequent) and its worst when it attempts to integrate them, primarily through Mama Fleck’s (Conroy) obsession with the Wayne family patriarch Thomas (Cullen). Arthur’s journey into madness is played straight enough (within the confines of a film, anyway) that it’s easy to forget his pulpy origin until they are thrust back into our face, revealing the magicians trick and removing its power. The superhero/pulp film has proven itself capable of subsuming many different genres over the last decade, but psychological character so far doesn’t merge well within it. Ang Lee’s Hulk remains the last serious attempt and it is extremely divisive at best.

Those aren’t the only or most cumbersome influences. Director Phillips (who also co-wrote the screenplay) has spoken frequently of his appreciation of 70s crime and psychological drama and Joker rehashes much of that work in between its (very) slow build plot. The specific nods to the work of peak Scorsese, especially 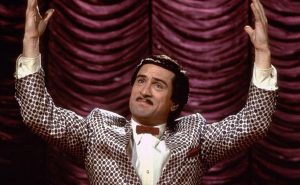 Taxi Driver and The King of Comedy, are so obvious they’re hard to ignore. Arthur’s world is a Time’s Square horror show lifted from the background of Hard Core. It’s not hard to imagine (and I’m sure will one day exist) t-shirts featuring Arthur Fleck in Joker regalia riding in Travis Bickel’s cab. The engagement with those influences is only surface level, however, which creates a film with no depth. For all the scenes of Arthur being tormented by other’s passing cruelty or his own loneliness, there’s no sense of a true character or person underlying them. The ideas for scenes exist, shot lovingly by Lawrence Sher (in some of his strongest work to date), but no more than that. The line between inspiration and recreation is narrow and Joker stays firmly to one side. 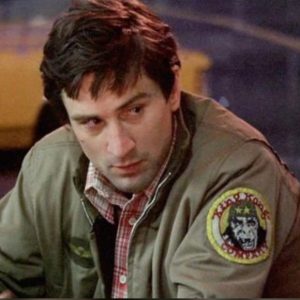 So what’s left? Sher’s work and the score from Hildur Guðnadóttir are fantastic. Towering above them all is Phoenix. He may not be the best Joker ever, but he’s certainly a version of this kind of Joker. Shorn of nefarious schemes or anything resembling a guiding philosophy, Phoenix transforms the character into a sort of violent id reacting wildly to whatever stimulus comes his way. The lack of a coherent vision actually works in his favor. (Actually that’s not fair, there is a lot to suggest Phillips seems to think of Joker as a sympathetic character, which he most assuredly is not). It does allow Phoenix to make every scene what he needs it to be. It also leaves Joker stuck in a cycle of repetition as Phoenix goes through the same routines over and over with little development between the pieces.

But what does it all sum to? Is Phoenix’s performance so good it overcomes the lapses of the director? Or are the meandering repetitions of other, better films so clumsy they ruin even the real joys which can be taken from Joker? Both points of view are true, creating a schizophrenic viewing experience which Arthur Fleck would find disturbing.