I can’t believe I have not yet exploited this space to talk about my love of Monster Magnet.

Did you watch that video? Is that not kick-a**?

Did you see the way Dave Wyndorf’s expression remains melancholy, weary, and slightly sinister even when he’s getting loved on by eight curvy beauties in rubber minidresses?

Did you see the lightbulbs on his suit in the last minute or so? Remind you of anything? How about this →

How perfect that in their most-watched video ever, which will almost certainly have been the peak of a career that never quite emerged from obscurity, Monster Magnet should flip a languid salute to the forefathers of space rock.

Space rock is heavy music that deals with heavy themes. Its lyrics often make more sense when you can’t hear them properly. Born from the belly of prog rock, it often features abrupt loud-quiet transitions and sometimes meanders (see: Kyuss, the embryonic version of Queens of the Stone Age). It combines lumbering pleistocene grooves with surprisingly singable melodies and a druggie’s-eye view of the universe(1). The first space rock band was Pink Floyd. The genre reached its apogee with the early oeuvre of Monster Magnet and pretty much ended there, going out with a bang akin to a hundred lightbulbs smashing at once. There is a 21st-century genre known as “space rock” but i diskard it.

The genius of Monster Magnet was to weld the way-out space rock sensibility of Hawkwind to heavy metal. Tangentially, did you know that Michael Moorcock toured with Hawkwind? Here’s how it came about, in Moorcock’s own words:

I first got involved with the group while I was organising free gigs under the motorway at Ladbroke Grove, in the days when we all felt the community spirit. I’d written ‘Sonic Attack’ for them, Bob got carted off by the men in white coats, and that’s when I appeared with them. What I liked about Hawkwind was that they seemed like the crazed crew of a spaceship that didn’t quite know how everything worked but nevertheless wanted to try everything out.

If Hawkwind were an experimentally-minded spaceship crew, Monster Magnet were the grease monkeys from the engine room who hijacked the ship, set that sucker’s controls for the heart of the sun, and threw a party on the bridge. “My nerves are made of steel,” singer Dave Wyndorf growled on their sixth album, Monolithic Baby. “I don’t feel fear or panic, and nothing brings me down. I’m an aerospace-age warrior, I fly faster than sound. Got the right stuff baby, the right stuff …”

It’s hard to know whether to talk about Monster Magnet in the present or past tense. The band recorded their first demos in 1989 in their native New Jersey, and spiritually they never left. You can hear the bleak, scrappy, profane bridge ‘n’ tunnel sensibility in many of Dave Wyndorf’s more contemplative lyrics, such as the chilling “See You In Hell.” Wyndorf moved to Las Vegas to write their most successful album, Powertrip; on the live recording of “Dinosaur Vacuum,” he howls ebulliently, “I own Las Vegas, Nevada! Yes I do!” But it was never true. Powertrip peaked at No. 97 on Billboard; “Space Lord” (the video at the top of this page) was an MTV hit; and the band has never had another hit since. They lost their deal with A&M Records, lost a founding member to an “amicable” split, and in 2006 Wyndorf overdosed on prescription drugs.

Faceplant in the gravel of Red Bank, Jersey. You could see it coming. 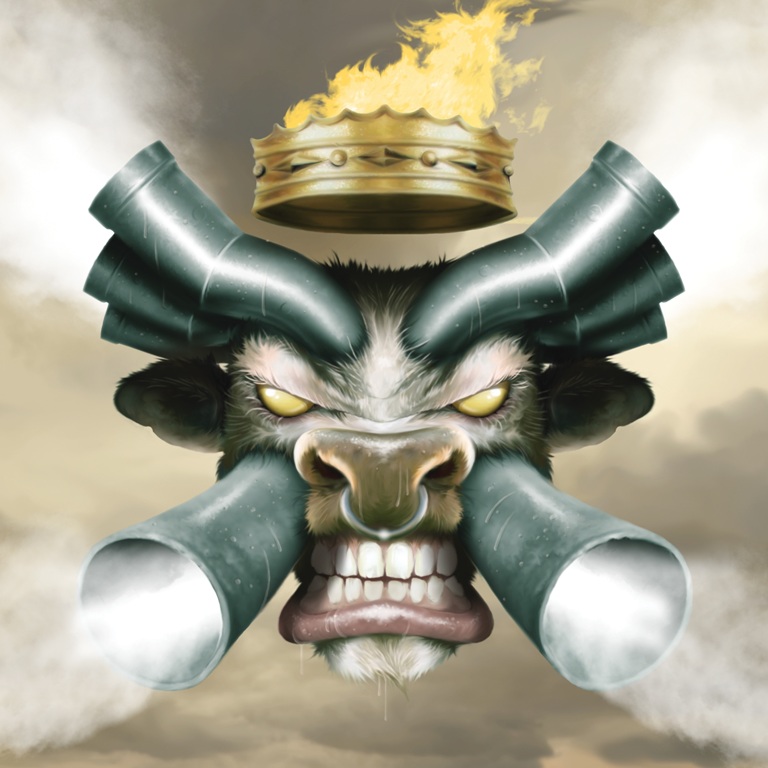 But! Their latest album, Mastermind, released in 2010 on Napalm Records, is flippin’ mighty! And! They’re touring Europe this summer. But! Their website appears not to have been updated properly in years! But! Dave Wyndorf himself popped up last year on a dedicated Magnet forum to promise us, “Writing the next MM album now. In the studio in Aug. Release in early 2013 … Woof!”(2) It’s all about social media now, doncha know?

So. Yeah. Are Monster Magnet present or past tense? It’s hard to know.

The band’s meandering musical journey from obscurity to flash-in-the-pan-dom and back to obscurity, without loss of zest or creativity, reminds me of many authors’ careers in this brave new world of publishing, not least my own.

Monster Magnet have now set up their own label, called Studio 13. It’s the logical endpoint of their slide from MTV to Halle 02. In a way, that’s depressing, because this is one of the best bands of the last two decades, period. Why the hell aren’t they all over the radio? Or whatever passes for the radio now? But on the flip side of the limited-edition vinyl disc, it’s bloody inspiring. The boys from Red Bank, now in their 50s, are still putting out trippy, heavy, insanely listenable space rock … and they don’t need A&M Records anymore.

1.  The boundary between space rock and stoner rock is blurry indeed. I frown on all drugs harder than nicotine but I have a deep appreciation for the music they can inspire, from The Doors through to Queens of the Stone Age. Inconsistent, moi? Monster Magnet has also been categorized as stoner rock; wrongly, in my view. The last word on this should go to Wikipedia: “Having spent most of his career writing about drugs, Wyndorf now upholds that drugs are not an inspiration for music nor a gateway into creativity.”

FEMME FATALES: The Most Overused Device in Modern SFF?

Happy Monday, everybody!  I’m very excited to be joining the Amazing Stories Magazine blogging staff.  Every week, I’ll be posting something new, mostly focusing on anime!  Anime is an interesting and widespread topic, and I think it’s going to be very insightful (for myself as well as the readers) to write about it in the […]

Interview with the authors of the Intergalactic Dating Agency