Bo, the Wonder Dog, tries his hand at posting. We think it beats those “elephant paints abstracts” cold.

Under a title of

The well-known company canine, Bo, the Wonder Dog, has managed to write his own post for the website.

He has taken to walking on the keyboard of late (jealousy? or a genuine attempt at emulating human activity?) and has managed to inject strings of nonsense(?) texts into whatever document was open at the time.

However, this morning on opening up the scheduling calendar, we found a fully formed and saved post waiting for us, scheduled for today, pending editorial approval.

Not having any clue as to what “ZAdd TitleZ” was about and concerned about potential hacking, we opened the post to discover –

A title in the Title bar
A string of text in the main editing area
A picture added from the media gallery
and the post scheduled for 4:28 later today

What’s remarkable about this is – repositioning of the cursor, using the mouse, is required if one writes a post title and then enters text/images to the post itself.

Equally remarkable is, more cursor moving is required to save the post.

Regardless of his intent, the post as it originally appeared appears below. 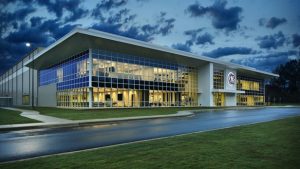 Most popular from January en Francais

To celebrate the 20th anniversary of this spanish steampunk classic, it’s been translated into english & a free issue of Forbidden Planet magazine