With Hitchhiker’s Guide to the Galaxy set to return to our screens, Battlestar Suburbia author Chris McCrudden takes a look at Marvin, the Paranoid Android, and a few other well-known bots, to see who is the campest of them all, and why they hold such fond memories.

In science fiction, robots are where we pour our hopes and fears for the future. They can be things created to stop the proles from revolting, like false Maria in Metropolis. They can be substitute children, like David in A.I. Or – as we see in Blade Runner, Ex Machina, and increasingly in sex shops for tech bros – they’re beings designed to get people off.

But in there, among the murderous Terminators and the benevolent NDR-114s, there is another kind of robot and the one which, as a writer of comic fiction, is closer to my heart. The camp ones. For me, there’s nothing quite like an effete wisecracking robot to make a piece of science fiction richer than a sequence of battle scenes strung together with some exposition. They don’t just deliver the much-needed laughs in a genre that (whisper it) tends to take itself a bit seriously. I’d argue that a robot with a sense of its own ridiculousness is a true indicator of artificial intelligence. Yes, robots that are terrifying, wise and powerful can be great devices for advancing a plot, but that can often make them feel like automata. A robot that reacts to the bombing of a starship not by whipping out a gun, but by squealing and running away or, better yet, with a withering putdown, isn’t just a giggle in itself. It’s a way of showing that even though this robot is caught up in an interstellar war, they’d much rather be enjoying a cup of hot engine oil right now. And a robot like that is much more than a machine. They’re a character.

That’s what I set out to do in my Battlestar Suburbia books. These imagine a world in which today’s consumer electronics evolved intelligence and used it to take over the Earth. It’s a world populated by billions of robots. Some of them are caught up in dastardly plans to subject the human race, but most of them are just trying to get through the 9.0 to 5.0. And to get there, I drew inspiration from some of science fiction’s campest robots.

There’s a very viral tweet out there that says Star Wars is really just the story of three generations of the same family being mean to C3PO. Poor Threepeeoh: a robot engineered to tell diplomats which spoon to use at dinner who is cast into not one but three desperate rebellions. He’s the eternally put-upon droid whose mincing gait and penchant for the acid quip “don’t call me a mindless philosopher you overweight glob of grease” cuts through the earnestness of the first six Star Wars films like a squeeze of lemon juice. 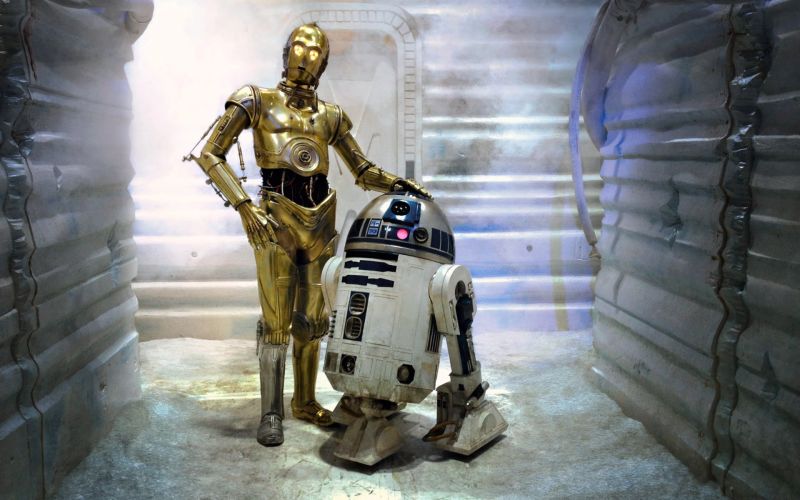 Unless you were a British child in the early 1980s this one might have passed you by, but SID is a classic of his micro-genre. SID was the boggle-eyed super-intelligent computer surrounded by idiots in this short-lived BBC children’s comedy by Bob Block, the creator of that other camp classic for pre-teens, Rentaghost. He was voiced by Kenneth Williams, who brought the full range of his disdain and disbelief to the role. Few robots have ever sounded so disappointed and with such excellent diction. 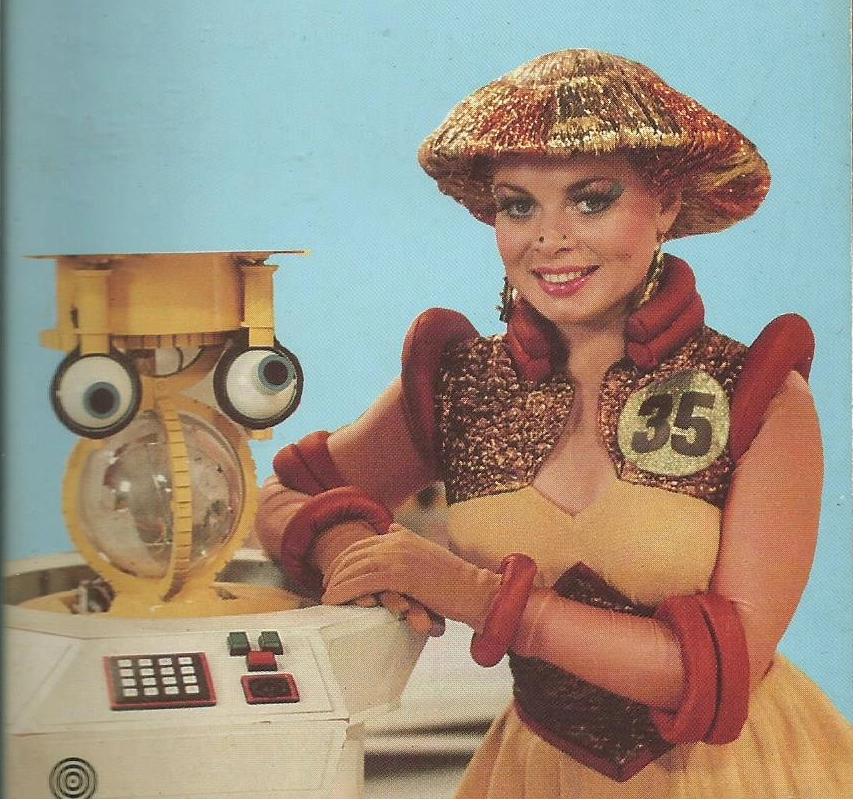 Marvin, the Paranoid Android – Hitchhiker’s Guide to the Galaxy

Marvin didn’t just have a brain the size of a planet, he also had the near cosmic ability to suck the joy out of any scene he appeared in. Arguably the break-out star of the Hitchhiker’s series, Marvin may have started out as yet another one of Adams’ comic asides, but by book four he was an integral part of the plot. In another era, Marvin might have ended up as a Shaun the Sheep for the perennially anxious and tired. Let’s see how he comes out of the imminent series reboot on Hulu.

Kryten initially appeared in Grant and Naylor’s sit-com as a one-off example of the robot as servant who just won’t quit. We meet him ministering to the needs of three long-dead humans like a cross between Jonathan Van Ness and Dennis Nilsen. It took a series or two – and a broadening out of the character – to make him a series regular. And what a regular he is. Kryten is erudite, polite and resourceful. But he still doesn’t take any shit – especially from Arnold Judas Rimmer. 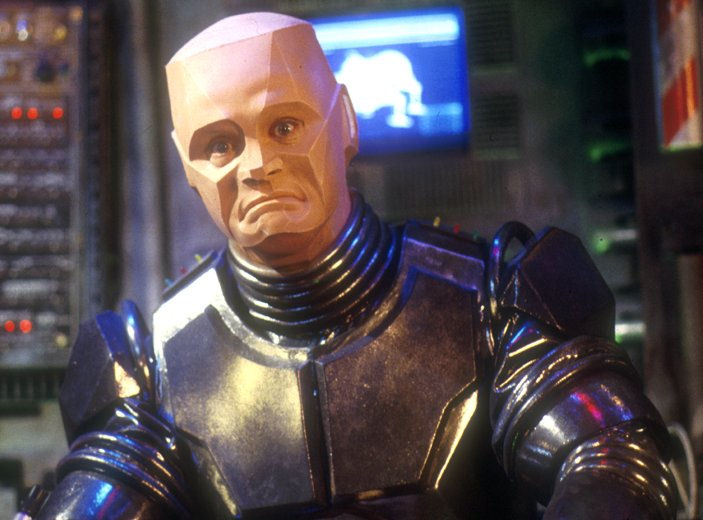 We think of the Oziverse as a place of fantasy, but it was also a product of the American industrial miracle, so there are lots of mechanical beings in there. From the Tin Man to the Gump and Pumpkin Jack, Oz’s robots tend to be more magical than engineered. The exception is Tik-Tok, the mechanical soldier with a stout heart and the terrible tendency to wind down at critical plot points. His glow-up, courtesy of vigorous application of Brasso in the last scene of the (weirdly dark for a Disney production) film adaptation of Return To Oz would leave Queer Eye’s fab five gagging. 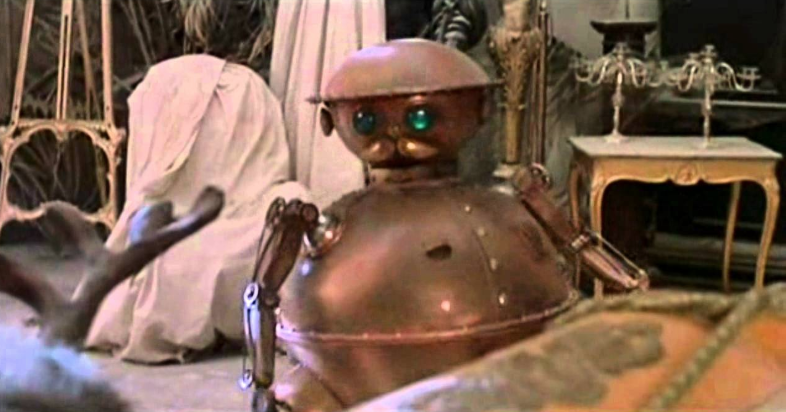 Battle Beyond The Dolestars by Chris McCrudden is out now from Farrago Books. 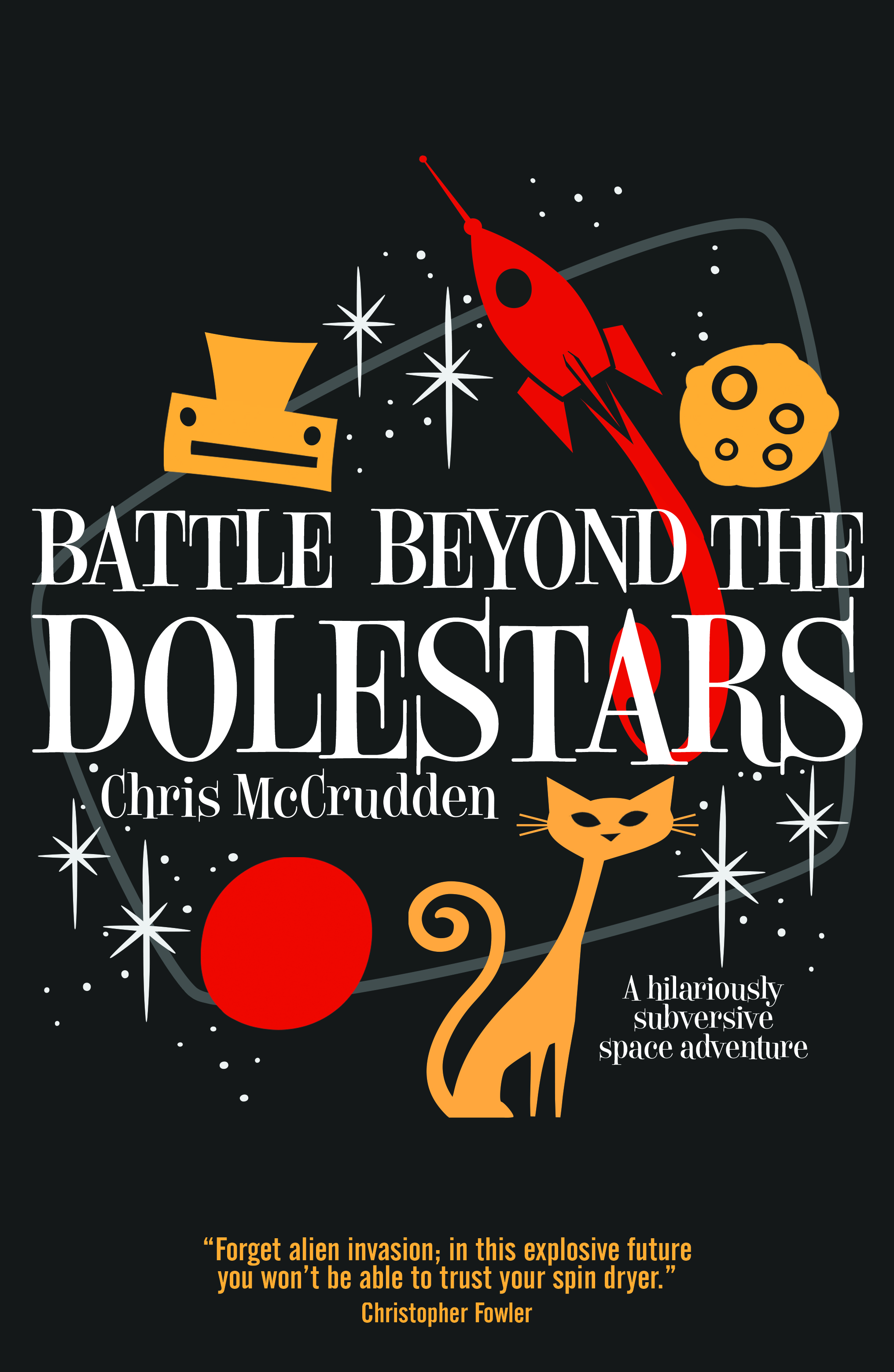 Are you a “Groundhog Day” writer?