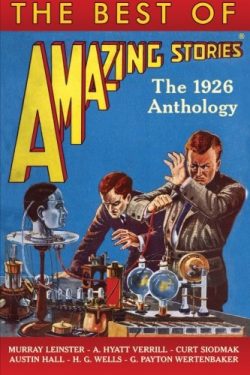 A few years ago, the Experimenter Publishing Company (Amazing Stories, fyi) partnered through a licensing agreement with a company named Digital Parchement Services, otherwise also known as FuturesPastEditions;  DPS is one of the first ebook publishers and among the many many books they produce, they have established a specialty niche devoted to insuring that many long out of print genre masterpieces remain accessible to the general public.

Among the many genres they publish can be found numerous works of science fiction and fantasy and within those ranks you will find the specialty imprint Amazing Stories Classics.

The Amazing Stories Classics line has three primary focuses:  Classic Novels, Classic Reprints and the annual Best of the Year line, which we turn our focus to today.

In its early years, Amazing Stories was known for reprinting classics by progenitors of the genre – Wells, Verne, Poe – as the magazine was developing new talent for the field.  It didn’t take long for Gernsback to begin publishing new authors;  by the end of its first year of publication, the magazine was producing all new fiction..  Sadly, much worthy material was lost to the mists of time, stories never anthologized, reprinted or collected, available only by purchasing what has now become “collectible” pulps, often selling for thousands of times their original cover price.

1926 was a foreshortened year for Amazing Stories, with only 9 issues publsihed (Amazing’s year began in April), and, as mentioned earlier, the vast majority of early contentt was devoted to reprinting stories by Wells, Verne and Poe, as well as reprinting material from some of his other magazines, such as Science and Invention. 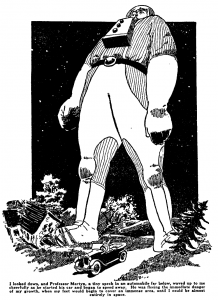 Such is the case witth G. Peyton Wertenbaker’s The Man From tthe Atom (April 1926), which originally saw print in Science and Invention, August 1923.  A “fabulous machine” story, it tells the tale of a device that allows the user to grow or shrink to any size and is perhaps one of, if not the first tales of such fancies.  You can find more detail on this story here 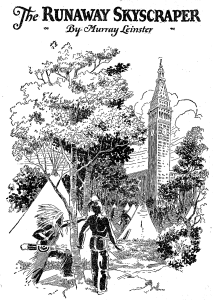 Murray Leinster was a go-to name for Gernsback, being one of the few authors who regularly published fantastical fiction in the various pulps.  The Runaway Skyscraper (June 1926) was originally published in Argosy magazine in 1919 and tells the tale of a building that remains stationary in time while the rest of the world moves backwards.  More coverage of this tale here. 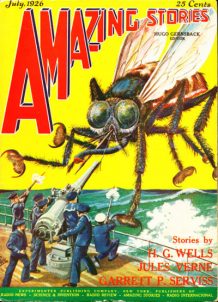 The Eggs From Lake Tanganyika (July 1926)was one of the first original stories published in the magazine and was written by Kurt Siodmak, who would go on to find fame in film, first as an uncredited actor in Metropolis, later as a script writer, Earth Versus the Flying Saucers among his credits.  The Eggs got the cover illustration and featured an invasion of giant tsetse flies. 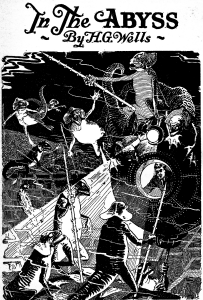 Into the Abyss by Wells, from 1896 takes on on a Vernean trip five miles below the waves.  Another story tthe earned the cover nod.  You can learn more here. 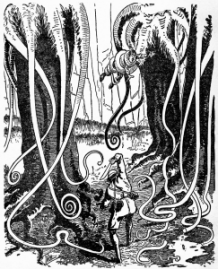 A. Hyatt Verrill (who would become something of a regular in the pulp pages) premiered with Through the Crater’s Rim, a lost world tale taking place in, or near, Panama.

There’s plenty more to read in this first annual volume, which can be purchased right here, in print or ebook formats.

An update on Multiverso magazine’s return

Place Holder for Something Else