When I was growing up, my parents bought me some wonderful fantasy-related gifts for my birthday and Christmas. The holidays are a great time to buy for beautiful books as presents, books that recipients might not buy for themselves. Here are some suggestions. 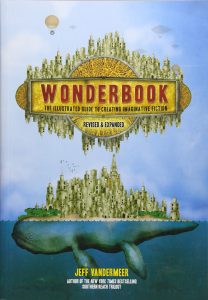 If you’re shopping for a writer, consider Wonderbook: The Illustrated Guide to Creating Imaginative Fiction by Jeff Vandermeer. Vandermeer is the writer of the Annihilation Trilogy and Veniss Underground so he knows something about world-building. Wonderbook is full of great general writing advice and examples, as well as fantasy and sci-fi specific advice, and is lavishly illustrated. 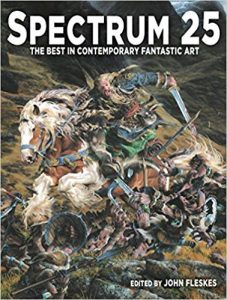 I’ll read almost any book with a Thomas Canty cover illustration (Tam Lin by Pamela Dean and Jack of Kinrowan by Charles de Lint are two of my favorites I’ve found that way), but sadly, no book collects all of his work. Still, for 25 years, Spectrum has been anthologizing the best fantastical art from the year before. For a wonderful collection including digital and traditional, from book-covers, to comics, to movies, to video games, check out Spectrum 25: The Best in Contemporary Fantastic Art. 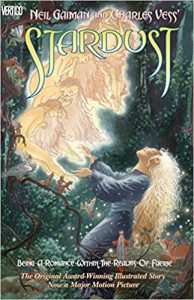 If it were up to me, every fantasy book would have an illustrated edition, and luckily, Neil Gaiman has teamed up with some wonderful illustrators. One of my favorite is the Charles Vess illustrated edition of Stardust. The art is full of whimsy and magic, a perfect marriage of illustrator and project.

This version of Stardust is available on Comixology, which is another great gift idea. So much of the best fantasy art is happening in comics these days. Another option is Marvel Unlimited. The Joss Whedon X-men run is justly famous for its storytelling, but the art is also spectacular. 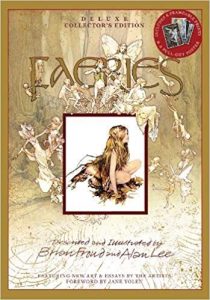 Brian Froud may be most famous for designing the costumes and monsters in Labyrinth, but his vision of Faerie long predates that movie. I had Brian Froud’s Fairy pop-up book for as long as I can remember, and when I discovered the grown up version, it seemed like an already strange, beautiful, hideous, and magical world had opened up even further. His Faeries, illustrated with Alan Lee, now has a deluxe collectors edition.

(Hmmm, now I want Labyrinth: The Ultimate Visual History, since I already have most of the other stuff on this list!) 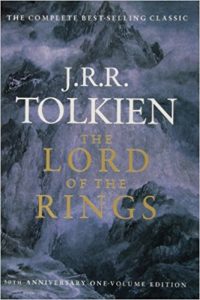 Speaking of Alan Lee, perhaps the best fantasy gift I ever received was on my 15th birthday—the complete Lord of the Rings in one volume, illustrated by Alan Lee. Since Alan Lee worked on the Peter Jackson movies, the images I had of Middle Earth and its inhabitants had already been shaped by him, and made the movies feel that much more real to me.

What’s the best fantasy present you ever received? What do you want to get this year?

The third and final part of a series in which Scide Splitters examines humorous stories eligible for the 1941 Retro Hugos Awards.

World War Z should really be called ‘The Movie About Globetrotting Around a Zombie-Infested Planet’ as it has little to do with the beloved Max Brooks novel. In fact, the best thing about the matinee performance I went to on Saturday, was a trailer for the BBC series Luther. Oh and one tine plot point towards […]