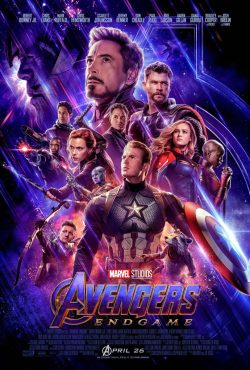 Directed by Joe and Anthony Russo

Eleven years, 22 films, umpteen gazillion characters … and it all comes down to this. That’s a hefty amount expectations for any film to carry; more than a few of collapsed under similar weight. It’s to the credit of producer Kevin Feige, directors Joe and Anthony Russo, and the innumerable creatives who’ve labored on Avengers: Endgame (and all the Marvel films preceding it) that they mostly pull it off. It’s unclear how much re-watchability it will have in the future once the shock of the landing has past and its flaws become more apparent. It’s not the best Marvel film, or even the best Avengers film — at three hours and change it is simultaneously over-stuffed and over-long — but it’s the one we needed, at least for the moment.

[This will be mostly spoiler free but I will discuss anything which happens in the first thirty or so minutes without hesitation].

For anyone who didn’t see Avengers: Infinity War (or a lot of Marvel movies) a lot of what follows will be gibberish. [Deep inhale] The mad titan Thanos (Brolin) after years of searching finally discovered the locations of the six Infinity Stones, magic rocks which together can allow the wearer to do anything he imagines with a snap of his fingers. Despite the best efforts of a smorgasbord of superheroes led by Iron Man (Downey, Jr.) and Captain America (Evans), Thanos gathered the stones together and with a snap of his fingers wiped out half the population of the universe. Five years later the world, and its superheroes, have tried to accept their failure. Some have succeeded, some haven’t, but that hasn’t stopped the world from moving on … at least not until the lights come on in a cruddy brown van down by the river. 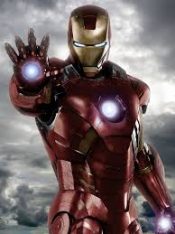 More than that I won’t elaborate on, and don’t really need to. Avengers: Endgame is a film filled with many small joys but relatively few surprises. If you’ve been paying even cursory attention to the conversation around the film over the last year, pretty much what you think happens in it is what happens in it. The plot is, despite a lot of hand-waving, fairly straight forward and not entirely believable (similar to the premise of the world after The Snap), but everyone involved with the film seems to realize this doesn’t matter. By this point in the series’ run the only thing the Avengers’ cares about are the Avengers, smashing these bizarre characters together and seeing how they react to each other and their increasingly bizarre surroundings.

That raison d’être is amped to the nth degree in Endgame as the founding members of the team — Captain America, Iron Man, Thor, Hulk, Black Widow and Hawkeye – are joined by an assortment of helpers so random they could almost have been drawn from a hat, Bradley Cooper’s talking raccoon and Karen Gillen’s cybernetic assassin (who is now officially the most interesting character in the MCU) chief among them. They bounce off each other in erratic and fascinating ways, especially once they separate into pairs to try and fix what Thanos broke. Just to add fuel to the fire the Russo’s have used the common time-jump technique of making radical changes to its characters, often far beyond what they would have gone through if we’d watched the missing installments in between. It skips past the logical climaxes the characters seemed to be headed towards and jumps them right into new status quo’s that they’ve not earned and audiences aren’t yet emotionally connected to.

Which is where a lot of the ‘over-stuffed’ feeling begins to appear. Some of the characters fit into their new surroundings easily while others need more time. The Russo’s certainly seem to feel that way, taking the entire first hour to introduce us to this brave new world and fit in all the comedy they can along the way. Endgame is a frequently funny film in a way Infinity War only occasionally managed but also in a way which frequently what slows down an already long film much in need of more trimming. It’s hard to call a film ‘lean’ when it includes of a five minute riff of Ant-Man getting embarrassed because no one wants to take a picture with him. Some explanation of where the characters are and how they’ve reacted to recent events is all well and good, but at some point the costs outweigh the benefits as it is nearly 90 minutes in before the actual plot of the film starts.

Once it does things move quickly, paying off not just the recent character moments but an incredibly large laundry list of Marvel events which have passed along the wayside over the years, occasionally adding depth and resonance to both what has come before and what is happening now. It also provides A LOT of ground for fan service and there are very few call backs Endgame won’t indulge in. It is at least fifty percent a trip down memory lane for its characters and us, a motivation which is frequently entertaining but rarely in a hurry. Despite in many ways serving as a mirror for the events of Infinity War, Endgame has none of that film’s narrative drive; it’s all about stopping to smell the roses. 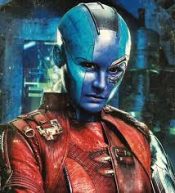 A little of that goes a very long way and while Endgame’s run-time flies by on first viewing it’s unclear how it will feel on second or third once the surprises it does have are revealed. None of which is to say Endgame is a failure. The Russo’s have kept a firm eye on the emotional core of their film and never let up, not even when conflict finally does arrive (verrrry late — the bulk of the film’s action occurs in the last 30 minutes) in the one of the largest superhero rumbles ever devised. It’s so large it’s almost impossible for the human brain to take in all of the visual splendor displayed before it. The sheer size of it almost hobbles it from achieving true grandeur — it doesn’t really compete with the best face-offs the Russo’s devised in their two Captain America films — but as a mustachioed tyrant once said “quantity has a quality all its own.” 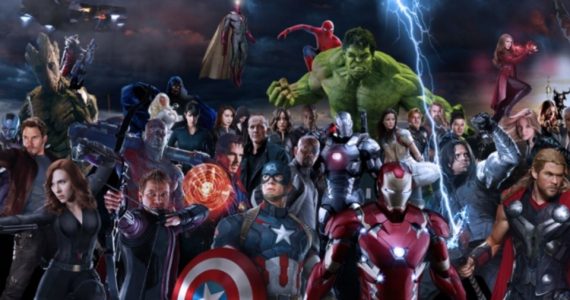 All that said it’s a towering achievement, one which reduces a decade of film to an understandable whole and reminds us one last time why we love them. Will we still feel this way about Endgame five years from now? Don’t know, probably not. Will we even watch it that often? Compared to the first Avengers or Iron Man – I kind of doubt it. But if it has anything to teach it’s to give some time to the present around us, and right now that’s good advice.