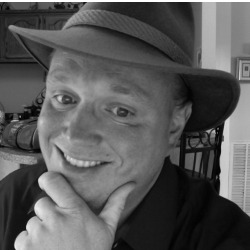 Tommy Hancock is a Pulp fan.

What form it comes in really doesn’t matter. Book, Movie, Radio, Comic…Orange, not really a deal for him. This has been a lifetime condition for Tommy and went to the next level very early in life as he became a writer and, soon following that development, an actor.

He has performed on stage since high school, formed and disbanded (mostly) a community theater all his own, and is now Drama Ministry Director at his church. He also has a background in audio drama.

He was a newspaper reporter at 14 and has lived a variety of experiences in his time.

Taral Wayne is better known behind a keyboard or drawing board than at the front of a room talking, but once started can talk about a wide variety of subjects – his experiences from over 40 years in fandom, the time he was Fan GoH at the 2009 Worldcon in Montreal, his 11 Hugo nominations […]