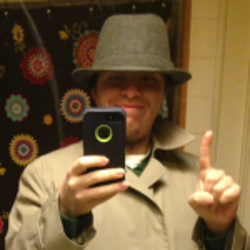 Sam McDonald has been a life long speculative fiction fan his entire life.  After spending a considerable amount of time reading and watching he decided to make stories of his own.  Over the years he has written at least three or four novels, all of them unpublished, as well as quite a few fanfics and poems.  He is a frequent guest contributor over at Alternate History Weekly Update, where he runs the popular column The Audio File.  He continues his attempts to publish his works of fiction, and currently has stories pending review at Cast of Wonders and Daily Science Fiction (if I’m accepted I’ll be sure to let you know).  He also has his own blog known as Knowledge, Adventure and Wonder.  He also enjoys making maps and flags, and posting them across the internet.