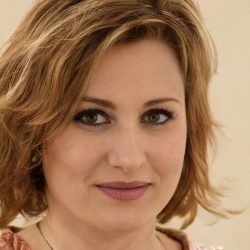 Nicole has been obsessed with movies and television since she was a kid, always more enchanted by the logistics of how movies were made than the actors on her screen. She’s a former production assistant and an avid film blog subscriber and contributor who loves spending her free time staying up to date on as many new releases as she can. While Nicole‘s days are now spent far from film sets raising her kids, she can still be found reading up on new filmmaking techniques and following industry predictions on the next big hit.