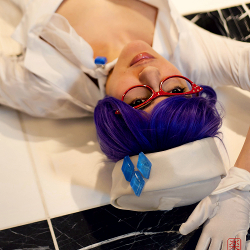 A recent graduate of Hampshire College, Juliet has been a nerd since her first encounter with the old issues of Spider-Man in the back of her father’s closet. She has since become an avid fan of anime, manga, comics and science fiction in all forms, though she does prefer DC to Marvel and Sailor Moon to Cardcaptor Sakura. She spends entirely too much money and time dressing up as fictional characters at conventions and doesn’t seem likely to stop anytime soon. When she isn’t expounding upon her love for Hiroyuki Imaishi, getting into arguments about Grant Morrison, or accidentally burning herself with her hot glue gun, she enjoys economics, ballet, and running. She currently lives in Virginia. Her blog can be found here.

Christopher G. Nuttall is thirty years old – and has been reading science-fiction since he was five, when someone introduced him to children’s SF. Born in Scotland, Chris attended schools in Edinburgh, Fife and University in Manchester … before moving to Malaysia to live with his wife Aisha. Chris has been involved in the online […]

Cedar Sanderson is a full-time student, mother of four and  author. She grew up without television (or electricity) in the Alaskan bush. This and learning to read at age four have skewed her world toward books. A house full of books and a part-time librarian job keep that going to this very day. She writes […]