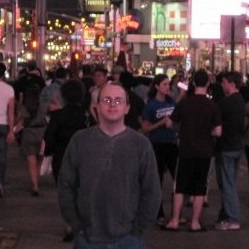 Joshua Starnes is a contributing writer for Coming Soon Media and Houston Community Newspapers, where he writes reviews, interviews, and features, and a contributing editor for the Complete Marvel Reading Order. He has been writing and speaking on film and comics since 2004; since 2012 he has been the president of the Houston Film Critics Society. He has a bachelor of arts degree in English from the University of Houston.