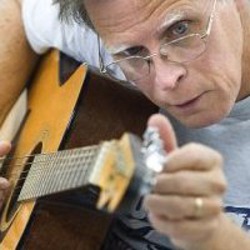 John Purcell became an active fan in 1973, and has been a member of Minn-stf, one of the oldest and active US clubs, ever since.

John primarily expresses his fanac through his fanzines Askance and In A Prior Lifetime.

He also attends conventions, occasionally working on them, and is rumored to have survived a weekend of having Chris Garcia as his convention roommate at Corflu Quire (Feb, 2007).