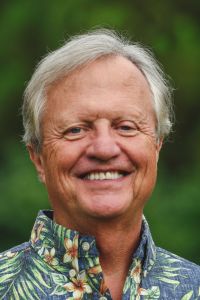 Jack Clemons has a Master of Science in Aerospace Engineering. He has spent most of his professional career as an aerospace engineer, an air-and-space industry professional, and as an author.

During the Apollo Moon Program he was a lead engineer supporting operations at NASA’s Manned Spacecraft Center in Houston Texas (now the Johnson Space Center). He developed procedures allowing astronauts to monitor and control the Apollo Command Module’s Onboard Guidance and Navigation Computer during atmospheric reentry. He provided real-time support during missions Apollo 9 through Apollo 14, including Mission Control Center backroom support during the extended 6-minute reentry blackout period on Apollo 13.

Following Apollo he was the overall program manager for the development of the onboard software for NASA’s Space Shuttle. Jack appeared as himself in the Command Module episode of the Discovery Science Channel six-part documentary Moon Machines.

He is also a published author and a member of the Science Fiction & Fantasy Writers of America. His short stories “Will Little Note, Nor Long Remember” and “Tool Dresser’s Law” first appeared in Amazing Stories Magazine. In 2018 Jack was awarded an Established Artist Fellowship Grant for Literary Fiction by the Delaware Division of the Arts.

Jack also writes a space and science column for the new print edition of Amazing Stories Magazine. His book Safely To Earth: The Men and Women Who Brought the Astronauts Home, a memoir of his time on NASA’s Apollo and Space Shuttle programs, was published by University Press of Florida in September 2018.

Dianne is an author and illustrator of YA adventure, urban and historical fantasy. Building worlds that might resemble the forests of her home in the Pacific Northwest, or the shimmering deserts of Arizona, add to that a pinch of magic dust and a few million stars and you just might find the portal to another […]

Rachel Isaacs has been a fan of science fiction and fantasy since before she can remember. One of her first childhood toys was an Ewok stuffed animal, and her family spent many evenings watching taped episodes of Star Trek: TNG (they still do this, though they have thankfully upgraded from VHS tapes to Netflix). In […]