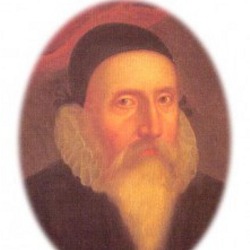 Geoffrey James is the author of eight books, including The Enochian Evocation of Dr. John Dee (Weiser Books, 2009) and The Tao of Programming. (Infobooks, 1987).

Sorcerer is his first novel.  The website is Sorcerer.net.