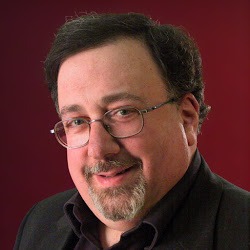 Daniel M. Kimmel’s reviews appeared in the Worcester Telegram and Gazette for 25 years and can now be found at Northshoremovies.net.

He is also Boston correspondent for Variety, the “Movie Maven” for the Jewish Advocate, and reviews for the Sci Fi Movie Page.  He is Contributing Editor for Space and Time magazine.

His book on the history of FOX TV,The Fourth  Network received the Cable Center Book Award. His other books include a history of DreamWorks, The Dream Team, as well as I’ll Have What She’s Having: Behind the Scenes of the Great Romantic Comedies, and Jar Jar Binks Must Die… and other observations about science fiction movies. The latter was nominated for a Hugo Award for “Best Related Work.”

His first novel, Shh! It’s a Secret: a novel about Aliens, Hollywood, and the Bartender’s Guide, was released in 2013.  He is currently working on his second novel..

Daniel also blogs on Goodreads and can be found here.