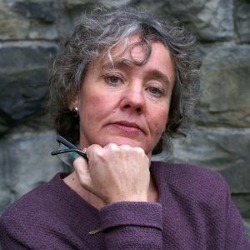 Adria Fraser was born in Vancouver B.C. She holds degrees in Psychology and Social Work and a diploma in music with a major in Classical voice.

She has been writing since she was eight and has published poetry and interviews, columns, reviews and editorials in various magazines, newsletters, etc.

Since her retirement as a psychotherapist she has decided to make writing her priority and is presently working for a couple of online magazines and is also at work on several fiction pieces including a Novella which she hopes to publish soon.

She is also one of the principals in a film Two Brides and a Scalpel (premier 1999) produced by proclaimed Canadian documentary artist Mark Achbar – producer /director of The Corporation .
Two Brides and a Scalpel was screened at festivals worldwide and nominated for a number of awards including best social documentary at Hot Docs – one of the most prestigious documentary festivals in the world. The story is about a lesbian, Adria who falls in love with a transgender woman and they become the first admitted legally married lesbian couple in Canada.

She lives in Victoria, B.C. with her spouse, also a principal in Two Brides, and two cats. She is delighted to be working with Amazing Stories – a publication which was one of her favourite magazines as a child.

Ruby would prefer to remain semi-anonymous and has little to say about her background.  This may change as time progresses.

Carl Slaughter has done 250 plus reviews, interviews, and features, for Tangent, Diabolical Plots, SF Signal, and File 770.   He has written 200 plus critiques for the Critters Workshop. For the past 15 years, he has traveled the globe teaching ESL (English as a Second Language) in 6 counties on 3 continents. Carl has […]