Home Who Do I Review For? 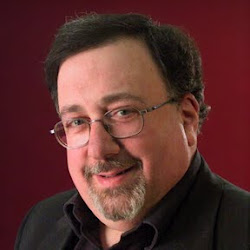 (This essay was originally published on the author’s blog – Behind the Scenes – on GoodReads, May 6, 2012 and is reprinted here by permission of the author.)

My friend MaryAnn Johanson is the Flick Filospher, and her website contains news, views, and reviews and is well worth following. However as two highly opinionated people we sometimes disagree. (In fact our mutual friends worry if we start agreeing too much.)

She recently posted a link that led to an exchange of views on Facebook where we had to agree to disagree. Here’s the short version of the story.

New York Times critic A. O. Scott gave “The Avengers” a negative review. Actor Samuel L. Jackson, who plays Nick Fury in the film, made a snarky reply suggesting Scott is in the wrong line of work. Brian Lowry did a column on the incident, suggesting that perhaps Jackson had a point (although not about Scott needing to change careers) and MaryAnn argued that Lowry was out of line. In her view he was suggesting that critics had to pander to the audience for the film, in this case the fanboys and fangirls of the Marvel comic book characters. (If MaryAnn feels that needs clarification she is welcome to do so. Her website http://www.flickfilosopher.com/blog/2… has her initial post and a link to the Variety article.)

So I read Lowry’s article and I didn’t see that at all. What he seems to be arguing is that if a film critic is simply going to trash all comic book action movies he a.)ought to take a larger perspective and b.)is going to be very unhappy this summer. He contrasted that with a review by L.A. Times critic Kenneth Turan who — as I did in my own review — expressed some misgivings about the film but noted that it worked as what I’ve called an “amusement park ride” movie: it provides entertainment if you go for this sort of thing, and does a decent job at it. (In my own review I said it was like “Transformers” but with better dialogue.)

And this gets to my point. When I write film reviews I’m addressing an audience that wants to know if a movie is worth seeing and what they might expect. I have taken as my philosophy the notion that you should be able to read my review, disagree with it, and yet get sufficient information to know if YOU would like the movie. A successful review is not one that convinces you I’m right, but that conveys useful information. By contrast when I am doing film criticism (as in Jar Jar Binks Must Die… and Other Observations about Science Fiction Movies) I am writing for people who have either seen the movie, or are at least willing to grapple with an essay about it without worrying about “spoilers.”

When writing about classic movies I’m often taking the position that this is a movie you need to see and here’s why.

I agree with Lowry. A good film reviewer should judge the quality of the film but should also consider how it will play to its intended audience even if the reviewer is not part of it. When I review children’s films I try to think if kids will like it. If it’s a lowbrow comedy I may detest the movie but you’ll at least get the information you need to know to make your own determination.

That still won’t please everybody. I’m still getting emails about my negative review of “Bridesmaids.” However that’s been my approach for as long as I’ve been a professional critic. It may not work for all my colleagues, but then if we all wrote the same way, it would be a duller world for it.

Daniel M. Kimmel’s collection of essays on science fiction film – Jar Jar Binks Must Die …And Other Observations About Science Fiction Film – is a Hugo Award Finalist at this year’s Chicon 7 World Science Fiction Convention in the “Best Related Work” category that includes non-fiction works related to the fields of science fiction and fantasy.