There have been many people who have expressed their support, enthusiasm, excitement and best wishes for the return of Amazing Stories.

To all who have done so, my deepest and most heartfelt thank you.    There will be a place for each and everyone of you here.

In this particular issue, the relaunch prelaunch, there are several people who deserve particular thanks  and mentions:

First to thank are the members of the editorial advisory board.  Barry Malzberg, Joe Wrzos, Patrick L. Price, Ted White and Robert Silverberg: this project would literally not have gotten off the ground if you had not been generous beyond measure by allowing your names to be associated with my work.  I hope that the progress being made provides some small measure of compensation.

The Chums for letting me join their group (wow!)

And as they say, last but certainly not least, the folks who contributed to this particular issue in a bit more detail:

Jack Clemons
Had two stories published in an earlier incarnation of Amazing Stories and has offered them both up to help get the ball rolling again.  Jack is a former Steely-Eyed Missile Man, having worked on both the Apollo and NASA Space Shuttle programs, his forte being re-entry procedures (kind of important, huh?); he’s appeared on television in a Science channel series on the Moon program.  He has retired from being a rocket scientist and now writes full time.

is an author’s collective; members are professional writers who have combined talents to publish their backlists and to offer new works in e-book format(s).

Brenda Clough
Brenda has been writing professionally since 1984, with the publication of her first novel, THE CRYSTAL CROWN.  She has had 9 novels out in various formats, and many short stories and non-fiction pieces. A version of her novel REVISE THE WORLD was a finalist for both the Hugo and the Nebula awards. her latest novel, from Book View Cafe, is SPEAK TO OUR DESIRES, a dark fantasy set in New York in 1969.

Chris Dolley
Chris Dolley (www.chris-dolley.com) is an author, a pioneer computer game designer and a teenage freedom fighter. That was in 1974 when Chris was tasked with publicising Plymouth Rag Week. Some people might have arranged an interview with the local newspaper. Chris created the Free Cornish Army, invaded the country next door, and persuaded the UK media that Cornwall had risen up and declared independence. As he told journalists at the time, ‘It was only a small country, and I did give it back.’

Now he lives in rural France with his wife and a frightening number of animals. They grow their own food and solve their own crimes. The latter out of necessity when Chris’s identity was stolen along with their life savings. Abandoned by the police forces of four countries, who all insisted the crime originated in someone else’s jurisdiction, he had to solve the crime himself. Which he did, and got a book out of it – the international bestseller, French Fried.

The first book, WHAT HO, AUTOMATION!, can be found here. (http://bookviewcafe.com/bookstore/book/what-ho-automaton/)

Dave Trowbridge
Dave Trowbridge has been writing high-tech marketing copy for almost thirty years. This has made him an expert in what he calls “pulling stuff out of the cave of the flying monkeys,” so science fiction comes naturally. He abandoned corporate life in 2007—actually, it abandoned him—but not before attaining the rank of Dark Lord of Documentation, a title which still appears on his business card and serves to identify clients he’d rather not work with (the ones who don’t laugh). He much prefers the godlike powers of a science fiction author (hah!) to troglodyte status in dark corporate mills, and the universe is slowly coming around to his point of view.

Dave is currently laboring over the second edition of the space-opera series EXORDIUM with his co-author Sherwood Smith, and looking forward to writing more stories in that universe. He lives in the Santa Cruz Mountains with his writer wife, Deborah J. Ross, and a tri-lingual German Shepherd Dog responsible for three cats. When not writing Dave may be found wrangling vegetables—both domesticated and feral—in the garden.

Jennifer Stevenson
Jennifer Stevenson would never say the sky is falling, although she finds it occasionally rains anvils. She lives and works in the Chicago area, exercises on roller skates, and always has fun. Read her new sexy paranormal romantic comedy series, SLACKER DEMONS, beginning July 13 from Musa Publications with IT’S RAINING MEN.

Linda Nagata grew up in a rented beach house on the north shore of Oahu. She graduated from the University of Hawaii with a degree in zoology and worked for a time at Haleakala National Park on the island of Maui. She has been a writer, a mom, a programmer of database-driven websites, and lately a publisher and book designer. Linda is the author of nine novels including THE BOHR MAKER, winner of the Locus Award for best first novel, and the novella Goddesses, the first online publication to receive a Nebula award. She lives with her husband in their long-time home on the island of Maui.

Linda’s most recent books are THE DREAD HAMMER and HEPEN THE WATCHER, a duet of short, gritty, fast-paced fantasy novels collectively titled STORIES OF THE PUZZLE LANDS. Both are independently published through her company Mythic Island Press LLC and are available in ebook and print editions.

Sue Lange
Sue Lange is a founding member of Book View Cafe. Her 2003 novel, TRITCHEON HASH, was released by BVC as an ebook and included in Kirkus’ Best of 2011 list. Her novella, WE, ROBOTS was included in io9.com’s “Thirteen Books that Will Change the Way You Look at  Robots,” and one of “Ten Best Reads of 2007” at sfsignal.com. Her collection of previously published short stories is available in the  UNCATEGORIZED anthology at BVC as well as her BVC exclusive, THE TEXTILE PLANET.

Sue Lange’s  story, TIGE IS THE MAN, will be appearing soon in the Futures section of Nature.

Judith Tarr
Judith Tarr is completing the edits on a Kickstarter project–a cross-genre YA novel (sf, fantasy, and historical), which exceeded its funding goal and achieved the lovely round number of 256 backers. The novel, LIVING IN THREES, will be published in ebook form by BVC in November. It will be edited, designed, and formatted by the members of the co-op.

Her main blog is dancinghorse.livejournal.com, and she blogs regularly at Book View Cafe as well (the Horseblog has already spawned WRITING HORSES: THE FINE ART OF GETTING IT RIGHT, and an ebook about worldbuilding with horses is in the works.

Maya Bohnhoff
Maya became addicted to science fiction when her dad let her stay up late to watch The Day the Earth Stood Still. Mom was horrified. Dad was unrepentant. Maya slept with a night-light in her room until she was 15.

She started her writing career sketching science fiction comic books in the last row of her third grade classroom. She was never apprehended. Since then her short fiction has been published in Analog, Amazing Stories, Century, Realms of Fantasy, Interzone, Paradox and Jim Baen’s Universe.

Her debut novel, THE MERI  (Baen), was a Locus Magazine 1992 Best First Novel nominee (now available as a trade paperback from Sense of Wonder Press). Since, she has published ten more speculative fiction novels, including collaborations with Marc Scott Zicree and Michael Reaves.

Phyllis Irene Radford started writing stories when she figured out what a pencil was for.  A museum trained historian, Irene was raised in a military family and grew up all over the US.  Her interests range from ancient history, to spiritual meditations, to space stations, and a lot in between.

New release from DAW Books, May 1, 2012  CHICORY UP, PIXIE CHRONICLES #2,  The continuing adventures of Thistle Down, the fallen Pixie who is cursed to live as a human, and her friends as they help Chicory, a young Pixie with dreams of forming a tribe of his own, defend the Ten Acre Wood from incursion by their nemesis, the half Faery-half Pixie Haywood Wheaton.

Deborah J. Ross: I have been writing science fiction and fantasy professionally since 1982, served as Secretary of Science Fiction/Fantasy Writers of America, and have taught writing and led writer’s workshops. She is  a member of SFWA and the online writers’ collective, Book View Cafe.

As Deborah Wheeler, she wrote 2 science fiction novels, JAYDIUM and NORTHLIGHT, as well as short stories in Asimov’s, Fantasy and Science Fiction, Sisters of the Night, Star Wars: Tales from Jabba’s Palace, Realms of Fantasy, and almost all of the Sword & Sorceress and Darkover anthologies. Her most recent projects — writing as Deborah J. Ross — include Darkover novels with the late Marion Zimmer Bradley (HASTUR LORD 2010, THE CHILDREN OF KINGS 2013), and an original fantasy series, THE SEVEN PETALED SHIELD. Two of her short stories (MOTHER AFRICA in  Asimov’s 1997 and THE PRICE OF SILENCE in F & SF 2009) were awarded Honorable Mention in Year’s Best SF. She has also edited a number of fantasy anthologies.

Deborah lives in the redwood forests near Santa Cruz with her husband, writer Dave Trowbridge. In between writing, she has lived in France, worked as a medical assistant to a cardiologist, revived an elementary school library, studied Hebrew, classical piano, and yoga, and has been active in the women’s martial arts network community.

She is participating in this summer’s Clarion West Write-a-thon, during which she intends to finish her current novel, THE CURVE OF THE WORLD.

Katharine Eliska Kimbriel reinvents herself every decade or so. It’s not on purpose, mind you – it seems her path involves overturning the apple cart, collecting new information & varieties of apple seed, and moving on. The one constant she has reached for in life is telling stories.

“I’m interested in how people respond to unusual circumstances. Choice interests me.  What is the metaphor for power, for choice? In SF it tends to be technology (good, bad and balanced) while in Fantasy the metaphor is magic – who has it, who wants or does not want it, what is done with it, and who/what the person or culture is after the dust has settled. A second metaphor, both grace note and foundation, is the need for and art of healing.

“A trope in fantasy is great power after passing through death. Well, at my crisis point, I didn’t die.  That means that I’m a wizard now.  Who knows what I may yet accomplish?”

Barry N. Malzberg
is the winner of the first John W. Campbell Memorial Award (Center for Science Fiction Studies, University of Kansas) for his ground-breaking novel BEYOND APOLLO, which is currently being made into a film.  Mr. Malzberg has worked as an agent (Scott Meredith Literary Agency) and as an editor, most notable here for Amazing Stories and Fantastic in 1968. 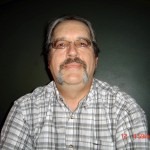 Patrick L. Price
worked as editor and managing editor of Amazing Stories (working with George Scithers) during the TSR years, from 1986 through 1991.

Robert Silverberg
is a multi-award winning author and SFWA Grandmaster (2004), a perennial toastmaster for the World Science Fiction Convention and the only member of the Editorial Advisory Board who is not a former editor of Amazing Stories – although there were several years during which he was responsible for authoring most of the magazine’s contents. 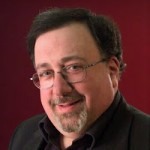 Daniel M. Kimmel
is the Hugo Award nominated author of Jar Jar Binks Must Die…and Other Observations About Science Fiction Movies, (reviewed here) is an award winning reviewer and critic.  His work has appeared in Variety, the Sci Fi Movie Page, the Jewish Advocate, The Internet Review of Science Fiction and others.  He currently writes for Clarkesworld and Space and Time.