In this week’s viewing: Mars Red has a date with history, Megalobox contemplates time lost, and more!

Mars Red #6 – Just as Aoi’s editor comes around to the idea that reporting on supernatural happenings is a viable idea, Code Zero is scrambling to find the truth of what’s going on with the new vampire units. Nakajima is ready to explain everything, including his connection to Misaki which no one other than Maeda knew. And then suddenly everyone has a problem of an entirely different magnitude. 7.9, to be exact.

Nakajima isn’t kidding when he says time races forward. The Great Kanto Earthquake is the sort of thing most series would hold back for the big finale, but here it is already. Tokyo will shortly be ablaze. And when the fires die down and the rebuilding begins, Nakajima will be one of the people steering Japan toward a more aggressive and nationalist path.

The one thing Nakajima didn’t get a chance to explain is what was up with that huge clock in his office. It’s been providing nifty visuals, and it certainly helped ratchet up the tension as the moment of the earthquake approached. But was it for something, or did one of Mars Red‘s visual designers just think it looked cool?

One other puzzling thing is Yamagami’s sudden suicide. There was no hint that he had any wish to drop everything and leave his current life, so was that just gratuitious tragedy? Or maybe he thought if one person close to Maeda letting herself burn to death in front of him didn’t get the point about not following Nakajima across, then a second one would. 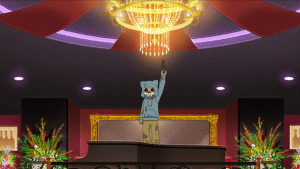 ODDTAXI #6 – Odokawa gets dragged into visiting a fancy club by Imai, Mystery Kiss’s biggest fan, who’s just won a billion yen (roughly 9 million US dollars) and can’t think of a better way to show his appreciation than to pay for Odokawa to not enjoy himself at the place where Imai works as a waiter. Also where Shibagaki works to make ends meet, also where Tanaka (or someone who resembles him) catches up with the taxi and attempts to hunt Odokawa down, which leads to a video that somehow winds up on Kabasawa’s channel, and somehow gets the whole thing pinned on Dobu. Then, to cap off a perfect night, Odokawa breaks up with Shirakawa.

Odokawa is being given entirely different stories by Shirakawa and Dobu about how Shirakawa became his girlfriend in the first place. In her telling, it was Dobu’s idea and is part of some plan to stage a heist. Dobu’s version is that Shirakawa did that herself, and everything else is just a bunch of crazy unrelated problems with mistaken identity and Yano and the complications of the disappearance that touched it all off. I have to say, Dobu planning to put on a mask and pretend to be Tanaka makes a whole lot more sense when paired with the heist story.

What’s the target, then? Odokawa’s right, true bank robberies have gone out of fashion. But maybe it’s more a matter of snatching something valuable from a less-defended place. Like, say, a winning lottery ticket being carried around by a guy who has no understanding that flaunting it on social media is announcing it for real. 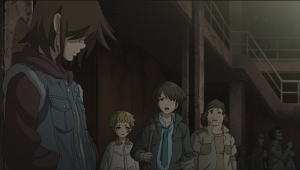 Megalobox 2: Nomad #6 – Having come across Sachio and Oicho, it’s only a matter of time before Joe crosses paths with Bonjiri and Santa as well. This happens just as some local toughs decide to confiscate the deed to Bonjiri’s restaurant, leading Sachio to make a useless gesture and Joe to see a chance to make a few amends.

Alongside Joe’s return to the ring under his previous name, we also see the conclusion of his last exhibition bout. He lost, but it wouldn’t have mattered, as Nambu was dying in the hospital at the very same time. This time, he gets to choose between his pride and supporting his found family again, and he swallows his pride.

The riverside spot where Bonjiri first sees Joe again is where the kids used to gather to watch Joe train for his matches. Though Sachio utterly rejects Joe, the fact that Bonjiri admits to stopping by there sometimes suggests that he misses those days.

So, where does Joe go next? He’s already spoken to Aragaki, but there’s one more significant person from the old days that we haven’t seen yet. That’s Yuri, his rival but also friend of sorts, the man he defeated for the Megalonia title, and the trainer of the boxer who later defeated Joe. 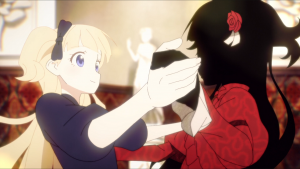 Shadows House #5 – Suddenly it’s time for Kate’s debut, and neither she nor Emilico know what to expect. What they get is a single human servant judging them against their peers on criteria they all have to scramble to figure out.

But mostly the criteria appear to revolve around treating the “dolls” as extensions of the shadows, something Kate fails immediately for having given Emilico such a unique name. Kate makes up for it, though, by having figured out how to make Emilico into a literal puppet through soot magic.

We also see that all the shadows and servants selected for the debut have found ways to work effectively as teams. Even Ricky and Patrick, who are a couple of domineering jerks, have found their balance and a common cause to hold them together. Kate finds that she is helped by Emilico’s independence, Lou copes by submitting entirely to Louise, and Shaun and John and Rum and her silent mistress have worked out their own ways to coexist.

In contrast, Mia is stuck with an abusive, controlling mistress who has not been selected for a debut yet. Sarah beats her, isolates her, and Mia goes along with it, probably for fear of something worse happening. Mia doesn’t have the choice of walking away, and if they never make it through the debut then the implication is that they both die. 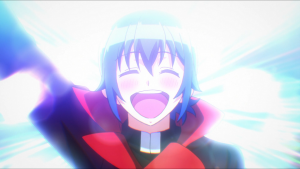 Welcome to Demon School! Iruma-kun season 2 #4 – Iruma does his very best to recall Ameri to her old self, and succeeds! After some tense moments at the final debate, Ameri is able to regain her old fire and return to her theme of whipping the whole student body into shape. The message is a hit, the day is saved, and Iruma is released to rejoin his friends in his old club, completely unware that he is the object of at least one and half crushes now.

Iruma’s departure from the student council opens up a space for Ameri to take a suitable revenge on Romiere. He hasn’t made an enemy of her; instead, he’s made himself interesting. And since Ameri’s main criterion for bringing people into the council is that they look like fun improvement projects, Romiere’s penance is to be the latest recruit while he trains up for his next attempt to challenge Ameri.

It is also an excellent decision on the part of the writer to move Iruma away from Ameri’s direct authority, avoiding unfortunate overtones if the romance storyline is going to move forward. And now, maybe, we can finally get around to Iruma’s sudden change to a grump, as shown in the season cliffhanger?

Who Is R. A. Lafferty? And Is He the Best Sci-Fi Writer Ever?

Artist Reimagines Famous Paintings as Scenes from ‘The Simpsons’

The next anime season includes everything from a zillion more cut-and-paste light novel adaptations to a Seiun finalist.