Where not to buy fanzines and pulps.  We enjoyed reading SF Chronicle when it was in publication, and though we valued it, WISH.com seems to think more highly of it than we do…. 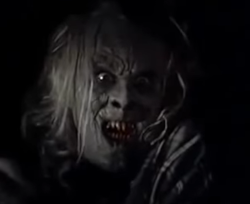 Wanna see something scary?  Something really scary?  Check out the CDC’s Halloween Guidelines

Melinda Snodgrass has a new release: The High Ground, book 1 of The Imperials series

3D Printed Food.  Makes me wonder if that “witch” in Hansel & Gretel might not have been a high tech alien invader just trying to get by until rescue….

Much love for Octavia Butler these days

Don’t Make It So:  Patrick Stewart in favor of Star Trek/Wars cross-over.  (Just read this instead)

Believe it or not, I worked on research and wrote a paper on doing something like this way back in the early 80s…Deep Fake resurrects old actors in new roles.

Kim Stanley Robinson plays uniter:  Both takes on what SF is all about are blended together in Robinson’s analysis.

Dune movie controversy!  Are the words “Crusade” and “Jihad” interchangeable?

Working with NASA?  I thought Space Force’s Mandate was to protect safe spaces…

Paul Levinson thinks you should give Trail of Mars a listen

More commodification of our genre:  Speculation on Netflix’s “success” process

Yet another top 100 SF novels of all time list.  (This one is actually pretty good)

Reanimus Press announces CHALLENGE FOR A THRONE by Robert Silverberg

Paul Levinson writes –  Spun Dreams has been streaming for almost a decade on Spotify, Apple Music, and all the usual places. But now its up on Bandcamp

Hingston & Olsen Publishing is proud to announce the publication of Projections, a new anthology of science-fiction stories that saw the present coming—from climate change to neverending video chat to the new face of fascism.

In Candidate Spectrum’s pre-dystopian world, author Brian Cato crafts a tale where humanity is headed towards a Dark Age of dissonance and mediocrity.

*This invocation is not directed at a specific god or gods but is meant to be a general statement that conveys upset, disbelief, horror and near throwing-up-in-the-mouth intestinal distress

Biting Off More Than I Can Chew