There have always been mothers as characters in science fiction. Think of Ripley in “Aliens,” or Spock’s mother in “Star Trek;” or Luke and Leia’s mother in “Star Wars,” who certainly had her challenges. The ultimate mother in sci-fi romance novels to me will always be the heroine of M.K. Eidem’s classic novel “Grim.”

This month, in honor of mothers, I’m going to share a few sci-fi romance novels featuring a fierce mother as the main character. I’ve done similar posts before so this time I asked my friends at the SFR Brigade (a Facebook group with fans of the genre) to only suggest books written in the past year. 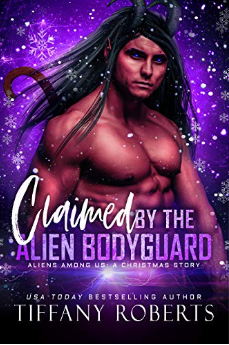 Tiffany Roberts is a USA Today bestselling husband-and-wife duo that wrote “Claimed by the Alien Bodyguard” (Aliens Among Us Book 3), in which the heroine and single mom, Gabriela, is down on her luck, but she does everything she can to raise her daughter and give her a happy Christmas, no matter how hard things get. She also has an eye for her neighbor across the street but when disaster strikes she learns he’s not what he seems. Nope, he’s a 7-foot tall alien with horns and violet eyes but a warm heart and good intentions. Romance ensues. This book is a fan favorite, like so many by this author.

Tasha Black looks at motherhood from another angle with her Alien Adoption Agency series. The latest entry, “Zane,” features a woman who journeys to an alien moon to adopt a child, but who is also secretly pursuing revenge on the people who killed her father. The baby comes with his own dragon warrior bodyguard, who of course gets drawn into the problems surrounding her search for murderers — and romance blossoms. Eventually, the heroine must decide between motherhood or revenge, but the reader is in safe hands with author Black and there’s always a happy-ever-after (HEA) in the stars.

Honey Phillips and Bex McLynn have incorporated parenting into their sci-fi romance in a number of books as well and “Daughter of an Alien Warrior” (Treasured by the Alien Book 3) is no exception. When the book begins the mother in question is a widow and her baby was stolen by aliens. She’ll do anything to get her child back but is astounded to find she’s been adopted by and bonded with an alien warrior, who helped rescue her and others. Readers like the “heat, sweetness and fun stuff” in the novel, and after the characters come safely through danger and are all bonded, the HEA satisfies. 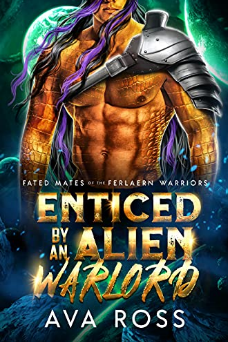 “Enticed by an Alien Warlord” (Fated Mates of the Ferlaern Warriors Book 1) by Ava Ross will be releasing toward the end of May but has good buzz already. The heroine is a widow who takes her 8-year-old son to start a new life on a frontier planet. She’s not looking for romance but, of course, there’s a hunky 7-foot tall alien soldier — they’re always 7 feet tall, have you noticed? Even the heroes in my Badari Warriors series are 7 feet tall — on the scene who’d love to get to know her better and to help mentor her son. The colony is attacked, forcing the heroine to turn to the warrior for protection, and romance and a happy ending are guaranteed. This is a new series and author Ross states all the female main characters will be single moms.

“Tail, Dark and Handsome: Celestial Mates” (Tail and Claw Book 3) by Nancey Cummings looks at the challenges of becoming a stepmom, which has additional complications when the father and son in question are aliens. The human heroine was stood up at the altar by a human male and took her pre-paid honeymoon anyway, which is where she met and fell in love with the very rich alien. She has to decide whether to risk committing to the father and teenage son duo because of rumors the dad might have murdered his first wife. Yikes! But as always, there’s a happy ending.

“Warrior’s Captive: A Warrior Alien Abduction Sci Fi Romance” (Warriors of Yedahn Book 4) by Emma Alisyn and Sora Stargazer is an excellent entry in the series. The world building done by the authors up to this point is satisfyingly complex, but I think it’s possible to jump into the series and read this as a standalone. Here the single mother heroine has to make a number of decisions, including whether to return to Earth, whether to accept permanent status as the bondmate of the alien warrior whose baby she’s about to have — and, oh yes, the bad guys are still very much after her. It’s a dramatic book with a warm thread of families and romance running through it. 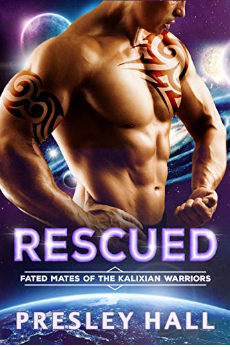 “Rescued: A Sci-Fi Alien Romance” (Fated Mates of the Kalixian Warriors Book 3) by Presley Hall is another sci-fi romance with a single mom out in the galaxy, on the run from the aliens who kidnapped her, who meets her fated mate, a soldier of a different space-faring race. He’s surprised to learn she has a young daughter but rapidly becomes a fierce protector for both of them and of course there’s an HEA. Reader reviews cite the strong emotional content — and the “smoking hot” love scenes.

“Nanny For An Alien Commander: A SciFi Alien Romance” (Intergalactic Exchange Program Book 6) by Roxie Ray has the creation of a blended family as its central theme. The author, who is described thusly: “… is a group of writer friends who love to write sci-fi alien romance …” and has chosen a currently popular trope in the genre, where a human woman becomes a nanny for some version of an alien noble/officer/rich person and of course, romance ensues. In this case, the heroine isn’t the nanny for the man she’s in love with, but rather for mutual friends. She has a young son and he has a daughter and both of them are coming from less-than-happy first relationships, which makes them cautious of their newly developing attraction to each other. Of course, there’s danger and intrigue on the planet as well, but the romance is at the core of the story.

Best wishes to mothers of all types, on all planets and happy reading!

This time last year, Marvel’s X-Men were mired in perhaps the most insipid event in their entire forty year history: Avengers vs. X-Men. Its name provides pretty much all of the plot: X-Men fought Avengers, because we “demanded it”. Along the way, some inane nonsense transpired, Cyclops cured world hunger, the Avengers stopped him, and […]