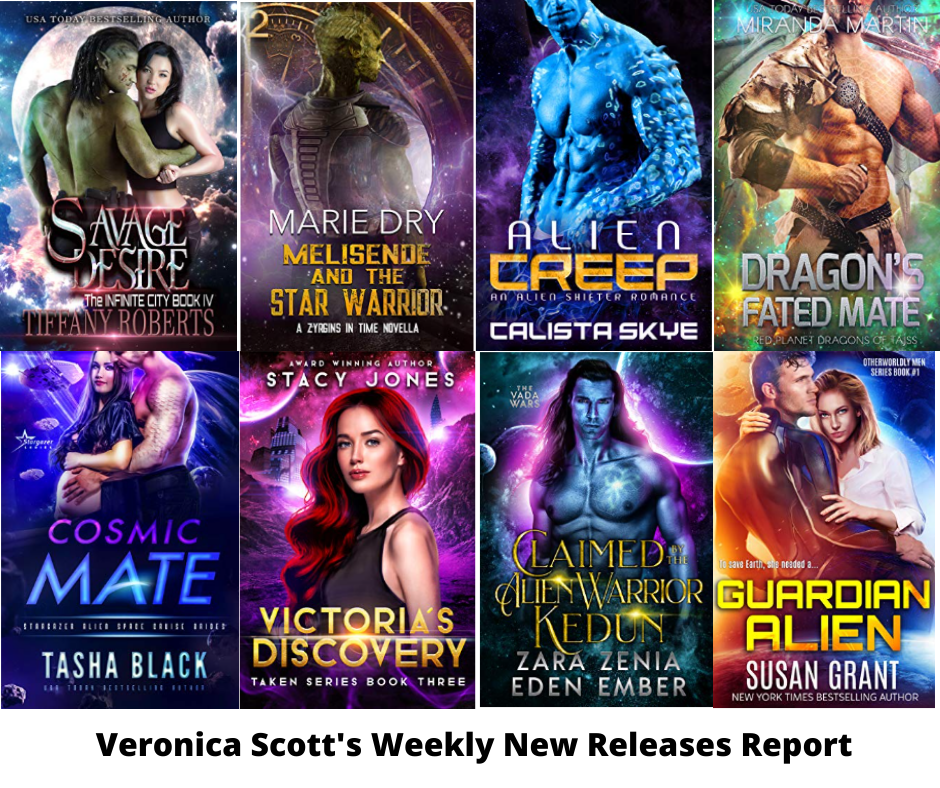 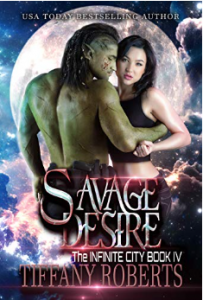 He’s violent, volatile, and loves a good fight. She’s small and sweet—and everything he craves. But can he make her his without hurting her? Thargen wanders the sprawling Undercity streets with one goal—a drink. Well, maybe a few drinks and a good old-fashioned bar fight to let off some steam. But the moment he sees Yuri working behind the bar, he’s overwhelmed by a new desire—her.

Yuri is his opposite in so many ways—delicate, soft, beautiful—and he knows the primal, uncontrollable rage in his heart makes it too dangerous for him to have her. But he wants her. He needs her. What he doesn’t need is for himself and Yuri to be kidnapped and stranded on a hostile, unknown planet when their abductors’ ship crashes, but the universe seems to have different plans. Lost on a mountainside teeming with ravenous skeks, Thargen must rely upon his survival skills and the ferocity burning at his core to protect Yuri until they can get back home. But who will protect her from him? 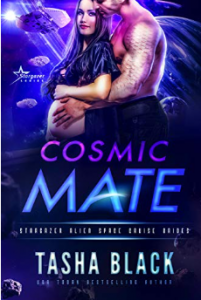 Serena Scott is a buttoned up, rule-following intergalactic ambassador. But when her fiancé leaves her at the altar, she decides to go on their honeymoon alone and let her hair down for once. She doesn’t expect her one wild night of toe-curling passion with a hunky Maltaffian guard to result in anything but a blindingly hot memory.

Professional bodyguard Ozmarck has spent a lifetime wondering if he would ever find his fated mate. When she materializes in the form of a beautiful human woman, the mating frenzy descends on them both before he can even ask her name. And in the morning his exquisite mate is gone without a trace, leaving him determined to track her across the galaxy – as soon as he receives payment for his next gig.

When that job miraculously lands Serena right in Oz’s lap, sparks fly between the lovers. And the surprises just keep coming when they discover their night of passion had some unexpected consequences. Oz is at his wits end trying to protect his newly pregnant mate, who seems to be committed to putting her life on the line to save her corner of the universe. And Serena may be brave and determined, but she will have to confront her past head on if she wants to embrace a future with her sudden new family.

Pages from the Underworld, a collection of horror from the 70s, 80s and 90s; and this Friday (the 18th) there will be a round-table discussion at the Madrid beer garden

The Ecology of Print Books: Niche Partitioning by Young Readers