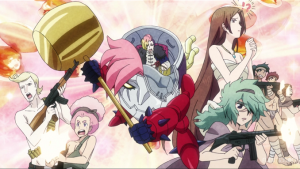 RobiHachi #8 – Robby and Hatchi accidentally land on a world where only robots are recognized as people, but luckily they have the Hizakuriger to act as a disguise. Yang almost has worse trouble there, but luckily he is a resourceful man. Our heroes haven’t completely upended any societies in a while, but faced with the obvious injustice of not putting humans at the top of the pile, well…

This is easily the best episod of RobiHachi so far, and it’s the execution that makes all the difference. Whether it’s Yang starting from very first principles to build his own mech, Ikku fully embracing his new status, or the big mecha battle turning all monochrome and beatboxy, everything just works in a way that no previous episode has quite managed. Being free of unfortunate predatory overtones sure helps too. More like this, please! 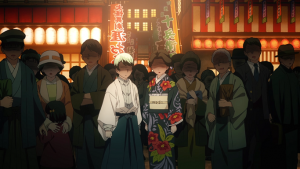 Demon Slayer: Kimetsu no Yaiba #8 – Tanjirō’s desperation to do right by Kibutsuji’s latest victims brings him to the attention of the person with the answers that he and Nezuko need. Yes, there is a way for demons to live without slaughtering humans. Yes, there is probably a way to restore Nezuko. And all Tanjirō has to do is help science the way to a solution.

Collecting demon blood sounds like it should be easy for someone who can outright kill them, except for the well-documented fact that demon bodies completely evaporate after death. (Though there does seem to be a way for the blood to have a lasting effect. You all noticed that Tanjirō’s scar changed after being splashed during his first kill, right?) But coincidentally, two fresh experimental subjects present themselves right after Tanjirō accepts the offer, so next time we should have a demonstration of what he needs to do to preserve some blood.

As for Kibutsuji, he may have a human identity as a cover, but he still seems to be in command of other demons. He also seems to be very sensitive to anyone suggesting he doesn’t look well. Is he concerned about his disguise being seen through, or just nursing an inferiority complex? 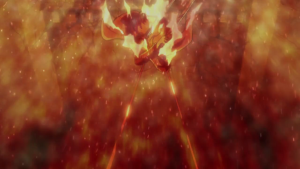 Attack on Titan #54 – The slaughter of hundreds of faceless redshirts (and Erwin) has opened up the way for a few brave named characters to try last desperate assaults, and even then it is not quite enough. Levi rips the Beast Titan’s controller out, only to have him spirited out of reach. Even after working out something of the function of the Colossal Titan, the best plan the smartest guy in the Survey Corps can come up with involves reducing himself to charcoal. And Reiner is only pulled out of his Titan because Hange suddenly returns from the dead.

Speaking of dead, it’s suspiciously tidy that none of the unnamed people who died in the last desperate charge at the Beast Titan have managed to linger for even a few minutes. Levi’s dose of serum apparently needs to be saved for someone the author deems worthy.

It’s also extremely specific and odd that the Colossal Titan has one loophole in its immunity to conservation of energy. Also that Bertholdt would decide that scalding Armin quickly is the quickest possible death, when he could have just grabbed and squished him. It’s as though the author needs to have him injured but not necessarily fully dead for some reason. 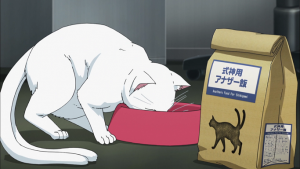 Midnight Occult Civil Servants #8 – Arata gets to relax and enjoy his day off, hanging out with Sakaki as his sister starts reintegrating into society. Then he takes a moonlight stroll with Coyote, because what’s wrong with a little ramble through the city with a friend? Quite a lot when, as Arata apparently forgot, your friend is a god of sudden catastrophes.

This episode sticks close to home with its newly introduced Others. Most are entirely native to Japan, but Yatagarasu is partly drawn from Chinese myth. It is absolutely brilliant the way his traditional role as a guide has been updated to include navigating the urban environment.

Yatagarasu is the comedy relief this show needs after the last couple episodes, but the interlude in “Seimei’s garden” provides a chance for rest and reflection. Arata needs to be more suspicious about it, though. Everything Coyote has done so far has turned out to have a deeper purpose. So what ulterior motive does it serve to show Arata how to get there? 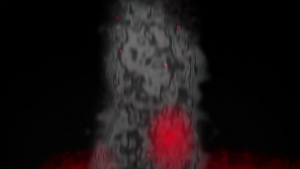 Dororo #20 – Next on the monster-slaying list is a nue, a creature not unlike a chimera. But this one turns out to bring out the worst in everyone— cowardice in the swordsman who claims he’s been trying to kill it, and hate in Hyakkimaru.

The latest scene in the Hall of Hell suggests that some of Hyakkimaru’s kills are not only not restoring his body, they’re lending power to the the demon that wasn’t able to devour him before. Where the story is trying to go with this is still unclear. Is Hyakkimaru supposed to give up his recovered body parts, and have things end on a tired message about the nobility of suffering? Or he gets to keep what he’s gotten so far, and has to accept limitations? Or will there be something about the last boss not being defeatable by swords, but only by the power of friendship or somesuch?

Incidentally, you’ll have noticed that Dororo really likes its bright red splashes of blood, even when choosing to work with an otherwise limited palette. This may tie into a production decision from the first anime adaptation in 1969.

The official story is that the first adaptation was made in black-and-white, even though most anime had switched to color by then, due to budgetary reasons. But it is also rumored that sponsors were shown the first episode in color, and they objected to all the big blood splashes in a show that families might be watching at dinnertime. Overemphasizing the blood this time around might be a way of getting the last word in against those apocryphal sponsors.

Next-Gen Spacesuit Helmet Has an “Iron Man” Heads Up Display