Port of Earth brings readers back to their science fiction roots with a terrifying near future, aliens have arrived and they are offering humanity an interesting business proposition. 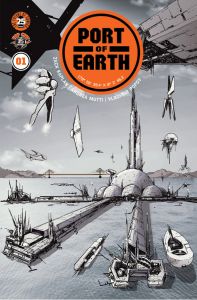 No Small Milestone: THIS is Amazing Stories 7,500th Published Article