Behind the Paranormal: Everything You Know is Wrong may not have all the answers, but it will make you think twice about what you thought you knew. 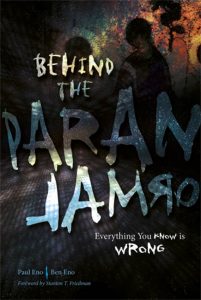 TV Review: Nikola Tesla and the End of the World

Class, the third spin-off of the newly constituted Doctor Who, has not been getting much love; Ira Nayman argues that it should.

Sci-Fi Short Film: “While You Were Sleeping” | DUST