Next year, John Stith will publish his first novel in twenty years. In the meantime, his entire backlist is being reissued starting with Deep Quarry, a SF mystery featuring the wisecracking detective “bug eye” Takent. 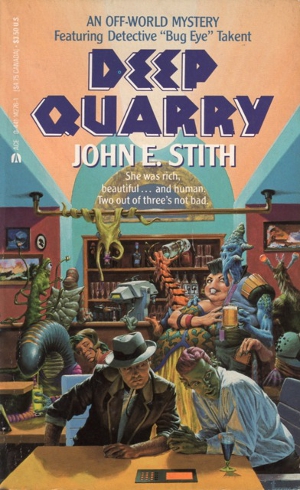 This week, Steve looks at the comics-inspired Riverdale TV series as well as the January-February issue of F&SF, and finds them Good, if not necessarily Great. Good is fine! Better than the alternative, Steve says!