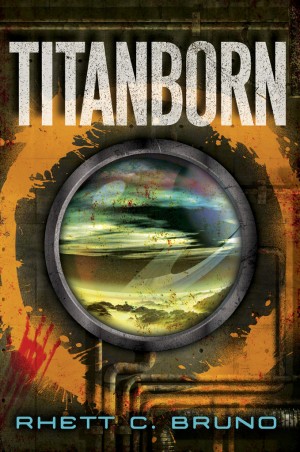 It was August 29, 2334, three hundred years after the meteorite slammed into Earth and decimated the planet and the population. Only a minuscule number of Earthborn had survived, augmented by a small Martian colony and colonies in the rings of the gas giant Saturn. But as Earth lived and regained control of the skies of its own planet and the space beyond, rebellion grown across the solar system. Earth believes it had the right to rule the activities of humans across space, even with the changes that have occurred in Martian and Ringer populations, almost turning them into separate species. And the mining colonies in the rings, mining metals in the myriad rock circling the planet and the gasses in the atmosphere, are desperately needed to provide raw materials to Earth’s rebuilding economy.

Malcom Graves was a collector working for one of the huge Earth conglomerate companies that were rebuilding earth and the human race. Graves “collected” people who broke the rules. He also occasionally acted as an enforcer, going to places where groups of employees had decided they would like to run their own lives without company interference. Graves “convinced them they were mistaken and brought them back into company alignment. He was good at his job and had been doing it well for over thirty years.

But those off earth are getting restless and somewhat out of hand. An explosion on Earth during an M-Day celebration send Graves off again to space. Along with a new partner, a human but emotionless trained new agent, Graves had to find the leader of the plot to overthrow Earth control and bring them to justice. But his partner is as much a student as a help. He has no social skills and little empathy.

They travel to mars and then to Titan to find the mastermind, and along the way graves gains a grudging respect for his new partner and learns the young man is actually the son of his boss. They travel to the moon of Saturn and discover the miners and their family are caught in a hellish situation developed when they were separated for three hundred years from Earth. Their immune systems can’t handle earth diseases any longer and they are dying with each contact with an earthman. And the corporation on earth wants to finish what the disease has started and take over the developed mines.

The novel is well written with an interesting background on what Martian or Titan based colonies would be like after several hundred years. The people are interesting as the dialogue flows in each scene as the story develops. My only complaint is that the ending is a bit flat, with no real conclusion other than this is the beginning of a huge war that no one will win. I’ll have to check other books by Mr. Bruno to see if he was headed somewhere I missed or if this is a standalone bit of flatness.