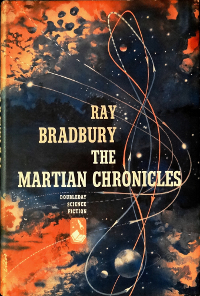 In past blog entries I have talked about a lecture that Ray Bradbury gave to Point Loma Nazarene University back in 2001 (below) in which he gave a great deal of advice to aspiring and intermediate writers. Apart from blogging I have severely fallen back on writing, and now that I’m trying to get back on the bandwagon I re-watched the lecture on YouTube and even though I have seen it many times before his advice still continues to inspire me.

For those of you who are struggling with writing, or are like me and trying to kick start your writing after a long break, here is what the Grand Master himself has to say.

1) “Write a hell of a lot of short stories.” According to Mr. Bradbury,for beginning writers trying to tackle a full-length novel is a dangerous thing to do because “you haven’t learned to write yet.” Instead, he suggests that you learn the craft by writing short 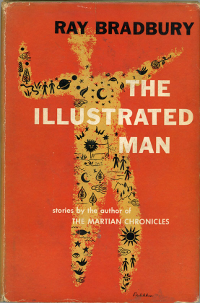 stories. More specifically, he recommended that one write one short story a week. This not only helps to develop style and the craft of writing but also does gives you a sense of accomplishment and pride. “At the end of a week you would have done something!”

2) Read one short story, one poem, and one essay a night. In order for the new writer to learn what a metaphor is and how to recognize one, Mr. Bradbury recommended that for one thousand nights the writer read one short story, one poem, and one essay before they go to bed. This, he says will help develop an understanding of metaphor and fill your head with “pomegranate ideas” that will help you “be well on your way to being more creative.” To go along with this, he also warned the audience to stay away from most modern short story and poetry anthologies, denouncing them as “crap” and being “not poetry!” 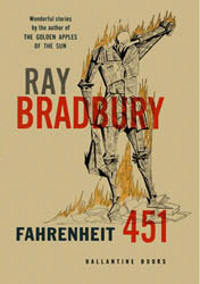 you. “Go home, make a phone call, and fire them.” When you are just starting out the last thing you need is to be told by people that you can’t do it or that you’re wasting your time. A new child needs to be nurtured, not shot down before they even have a chance to experience life. Neither should the aspirant writer be put down before he or she has a chance to learn to write.

4) Develop a love of old movies. In the documentary Universal Horror, Bradbury mentioned his great love for Lon Chaney, and in this lecture he brings him up again. The old movies were full of artistic expression, experimental techniques, and could try and do things that could not possibly be done in Hollywood today. It is well-known that the early Universal films affected him deeply, and he wants to make sure that we can gain the same inspiration he got from the early days of motion pictures. (If you’ve read some of my posts on the history of the science fiction 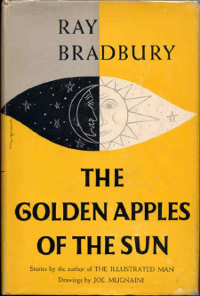 film, you know that I already have this love.)

5) Love it. Ray was adamant that writing is not work. Writing is an art, a passion. He says that the moment you feel like writing is work that you should stop and do something else. He gave the same advice for getting over writer’s block. If you’re stuck, he says, then obviously you were not meant to write whatever it is you were working on and that you should stop and write something else. Also, Ray claims to have never worked a day in his life because of his love for writing. Even when he was a boy selling newspapers he was working on becoming a writer and sold papers with the same passion he had for his writing. While he was quick to warn not to go into writing with the hope of making money, at the same time he hinted that it was possible if you focused on writing instead of the money aspect. In short, if you love what you do you can be successful.

You can re-read this all you want but I recommend using the link I provided and hear him for yourself. Not only does he give great advice but the stories he tells are ones only a great storyteller like Ray Bradbury can tell. This interview is proof that he was well deserving of SFWA’s Grand Master award.

This week, I started listening to the Wool Omnibus, the audiobook of Hugh Howey’s infamous cult bestseller. I noticed the book a month ago in my local Waterstone’s but it was only this week that I connected the dots thanks to a tide of publicity to coincide with the US print release. The story itself […]

Your Science Fiction and Fantasy Book Bargains for September 4, 2019