Voting for the 2015 Hugo Awards will close on July 31st, 2015.  They’ll be awarded at this year’s Worldcon – Sasquan, the 73rd World Science Fiction Convention the week of August 19th to the 23rd.

There is still time to register and to vote on the final ballot.

Much of the puppy vs Fans rhetoric has died down (at least, seemingly, from the Fannish side of the argument – I don’t regularly visit puppy sites unless drawn there by outrageous statements or to verify quotes and to put them in context – so for all I know the puppies may still be whining their heads off) and this is not necessarily a good thing as I believe it is important for all Fans who value the Hugo awards to remember the insult that has been perpetrated against the awards this year and to take those actions into account when voting.

I’ve long advocated the NO AWARDS option as a way to send the message that gaming the Hugo Awards – whether or not doing so violates the written rules – is not something that Fans do. Pause here to note that Fans Really Don’t Do This Kind Of Thing, as demonstrated by a 61 year track record of NOT doing this.  That record marred by only two previous and very limited, minor instances.  One by someone who probably didn’t know any better, the other by a pseudo-religious organization that is clearly non-fannish in its make-up and intents.

People and institutions that engage in this kind of activity are NOT FANS.  Or rather, they may once have been, but their actions this year have removed them from that class.  There may be some redemption in their futures (Fans can be a forgiving lot), but not so long as they persist in these kinds of activities.  They can make all of the stilted, twisted arguments 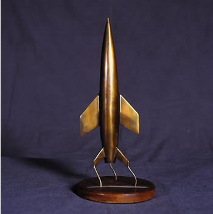 they want to about inclusiveness and diversity, perpetuate all of the paranoid, delusional fantasies about cabals and secret organizations they want to and can continue to appeal to a small and largely clueless non-fannish mob they want to.  All they will accomplish will be to move themselves farther and farther away from fandom.  Or they can stop right now and, after twenty or thirty years of behaving themselves and keeping their yaps shut, maybe we’ll pretend to forget about 2015.  Maybe.

Back to my vote and the No Award option.  In summary:  voting No Award – for a variety of reasons which are too various to detail at this point – is a time honored and well-worn tradition 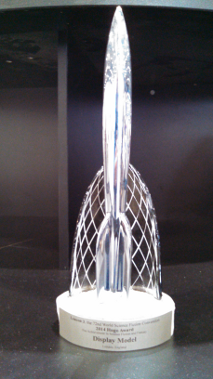 of the Hugo Awards.  It has been used in the past when a category contains no worthy winner, when fans have objected to the category itself, and even to object to the entire process of the awards.

Unlike vote mongering, voting No Award is not only expressly allowed within the written rules, it is also an accepted and honored part of the unspoken cultural contract within the Worldcon community.  Its purpose is to provide a safety valve for voters who are not happy with the choices they have been presented with on the final ballot.

Utilizing this option can in no way “destroy the Hugo Awards” as has been suggested in puppy rhetoric.  Indeed, they’ve objected to this option so strenuously that it is obvious that it represents a weakness in their plan.  Rather than “preventing anyone from ever winning another Hugo Award”, a victory for No Award over puppy nominated works would be a huge WIN for the Worldcon community.  (And of course good fans everywhere will be working towards reducing/eliminating the effects of slate voting during the Business Meeting this year and next.) 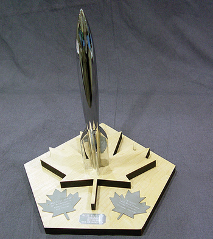 Lets imagine for just one second that I managed to vote the way that the majority of fans did this year.  There’s David Gerrold up on the stage, all natty in a Worldcon-themed Tuxedo, standing at the podum.  Spotlighted off on stage left is a gleaming display of Hugo Award rockets atop their Sasquan bases.  The screen behind it all displays the title SASQUAN THE 73RD WORLD SCIENCE FICTION CONVENTION PRESENTS THE 2015 HUGO AWARDS.

In traditional fashion, David reads off the nominees for the Not-A-Hugo John W. Campbell Award for Best New Author

Does that look like destruction?  I don’t think so.

The above does not track 100% with my actual final ballot as there are a few categories I have made no pick and therefore had to choose something because something will be given out in every category when all is said and done.

If things go down the way I hope they do, only six categories out of 16 will be given No Award, making the rejection of puppy-slated works even more pointed in its message.

I fully expect that there will be vociferous, perhaps even standing ovation level vociferous applause upon the announcement of each win for No Award.  There’s a lot of pent up anger and frustration out there and applauding those wins is one of the few acceptable outlets available to angry and frustrated fans.

I expect that about the only categories that might not follow the above too closely will be the Best Dramatic Presentation awards.  I think there’s a good chance that Guardians of the Galaxy will win in Long Form – it’s such a popular film AND a very fannish one to boot.  I had to vote for either Cap or Edge of Tomorrow (haven’t seen Butterworth) as GotG was listed on slates and, in order to be able to deflect arguments regarding favoritism, voting based on politics, voting based on personalities, &c, I chose to vote on the unassailable line of “if it is on a slate, it goes below No Award, period, full stop”.

I took the further step of stating that those nominees who recused themselves from slates would be taken at their word and given due consideration.  I took it upon myself to appeal to James Gunn – director of GotG – to recuse himself as I really wanted to be able to vote for that film – but sadly (as expected) I received no reply.

My only remaining question is:  who gets the No Award trophies?  Does Gerrold get to take them home?  (Would he want to?)  My suggestion is that the Sasquan crew ought to finish them off with name plates like they will with the rest of the awards and then auction them off.  I imagine that a Hugo Award labeled

would command a very high price and could go a long way towards providing funds to WSFS for future conventions.

Potential humorous outcomes aside – I’ll be watching the Sasquan membership sign ups closely for the next two weeks or so;  a good political strategy for the puppies would be to have their (paid?) minions wait until the very last moment to flood the vote with yet another coordinated slate of ballots.  There’s been a serious increase in Supporting Memberships this year and only the puppies can know for sure how many of those are their sycophants, groupies, lackeys, puppets (puppy-puppet, lol!), hangers on, flunkeys and minions.  The quiet before the storm aids the puppy strategy, not fandom’s.

If that does happen and it is successful in getting awards into the hands of the undeserving, we can accept it because:  we will know (and they will know) the wins were unearned and undeserved; the puppy’s will have revealed almost the full extent of their influence and Fandom will be energized as never before.

Check out the latest from that hive of scum and villainy!