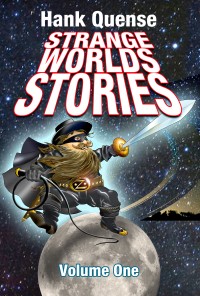 Pure parody is a problematic form of humour. Because it mocks the tropes of art genres, and often specific works within those genres, it can only be appreciated by people who are familiar with the work or genre. If I were to write a parody of, say, The Hunger Games, you would have had to have read the book or seen the film to get the jokes, or, at the very least, be sufficiently familiar with YA dystopian science fiction that you would get the jokes that parody the generic tropes of the genre. If you weren’t, the humour wouldn’t work for you at all.

But parody is more complicated than that. On the one hand, you would like it to be close enough to the original so that the reader will immediately recognize the parody, but, if it’s too close, it may be mistaken for a serious work in the genre. On the other hand, if the humour is too broad, it could become cartoonish, at the risk of alienating potential readers. (To be sure, some readers of the works being parodied will be offended that what they love is being mocked, but that number tends to increase the more savage the mockery is.) To succeed, the pure parodist must walk a very fine line.

That is why parody is often combined with other forms of humour. Pope’s “The Rape of the Lock,” for instance, is a satire of a certain kind of self-absorbed aristocrat that takes the form of a parody of romantic poetry. It works because of the absurd juxtaposition of the heroic and the mundane.

Three of the seven stories in Hank Quense’s Strange Worlds Stories, the first in a planned series of four collections, are parodies of Tolkien’s Lord of the Rings. They contain many of the tropes of high fantasy (elves, dwarves, wizards, quests – hobbits are not sufficiently generic, so Quense calls them half-pints; for a similar reason, orcs are referred to as yuks). There are many specific references to Tolkien, as well: the shire is recast as the shore; Frodo morphs into Frido; Gimli the dwarf becomes Gimlet the dwarf; and so on. (The most clever reference is the throw-away line: “Frido’s ancestor, the famous what’s-his-name, went on a quest, saved the world from evil by destroying some jewelry and ensured the preservation of the Shore.” Amusing, and not a bad description of Lord of the Rings.)

The first story, “Saving the Shore,” is mostly parody. The plot revolves around the search for five magical rings which when configured for action look suspiciously like the Olympics logo, but there’s no real satire about the sports event. In a similar vein, the yuks are lead by Freddie Mac and his girlfriend Fannie Mae, the names of two organizations set up by the American government to help people buy homes; as satire, it’s shallow, at best, since there’s nothing in the story that would explain why the organizations deserve to be portrayed as brutish villains.

Stories like this are not my cup of tea, but I think Tolkien fans (and, as it happens, Tolkien detractors) will find it amusing.

The second story, “Incident at Okidoky Corral,” takes a different approach: it mashes up parodies of two different genres. The high fantasy world is still there, but it is combined with westerns. So, to the Tolkien parodies are added such characters as Zarro (Zorro), Pinto (Tonto) and, of course, the Okidoky Corral (the OK Corral). As with many mashups, the juxtaposition of elements from different mythologies is constantly surprising, often to hilarious effect.

The final story, “Romeo and Juliet,” is, as you should be able to tell from the title, a retelling of Shakespeare’s tale of star-crossed lovers, again set in Quense’s parody of Tolkien’s universe (Romeo is a dwarf, Juliet an elf). It is as faithful to the original as a short story can be to a full length play, although there is, to my way of thinking, a cheat of a happy ending. And once again, the elements are mixed in a clever, humourous way.

The other stories in the anthology are largely parodies of science fiction tropes. “Staphmeyer’s Mantra,” for instance, is a first alien encounter story (with a twist: “Take me to your…proctologist!”). “The Impresario” is a time travel story (about a famous musician trying to escape an alien who wants to sign him to an onerous contract across multiple dimensions).

Quense has the ability to add highly original elements to his playing with genre tropes. In “Poetry Power,” for example, his main character is a space pirate (!) who cannot become violent because of a restraining collar he cannot remove. He discovers that writing poetry can help him overcome obstacles to his success. These original elements go a long way to elevating Quense’s stories above straight parody.

He also has a good ear for dialogue. Conversations between an agent and his secretary in “The Impresario,” for example, peppered as they are with entertainment lingo, are hilarious.

Two interviews, including one with the author of a work that play’s off of Heinlein’s Methuselah’s Children, and a video presentation.