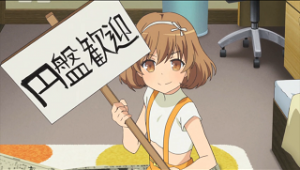 Celestial Method finale – It’s a failure of facilitation to get the people you’re trying to help too focused on you rather than the issue at hand, but it makes for a truly unconventional end to the story of Noel and the five friends she came to help. Once everyone’s been prodded into remembering the flying saucer, they make one more wish for their group to be complete– but this time, it’s not complete without Noel.

For such a mellow show, the last episode manages a surprising amount of suspense before giving Nonoka the ending she wants. And that ending ties right back into the whole point of the story: keeping true with your friends despite all the things that can pull you apart, even the very tropes that usually govern this kind of tale.

As a whole, Celestial Method isn’t the story I was originally hoping for, nor is it what many readers of this column will be looking for. But judging it on its own terms, it has succeeded magnificently at what it wanted to do. And besides, they did eventually get to go for a ride on the saucer and visit Kirigon Planet.

And now for the traditional picking of the year’s best and blatant award recommending! For the convenience of prospective Hugo voters, we’ll list the responsible studios and add helpful links for you to lobby all your friends with. (Hopefully, by the time you read this, Crunchyroll will have recovered from the DDoS attack it’s suffering as I write this.) 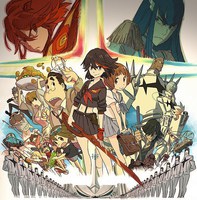 Expectations were moderate for the first show from a brand-new studio, but Kill la Kill catapulted straight out of the gate and proceeded to slice every reservation to ribbons. From the moment Ira Gamagoori extruded into the homeroom class to the final showdown in space, it was a nonstop manic cavalcade of action with superb style and a surprisingly grown-up message lurking underneath it all. It is the undisputed champion of the year. 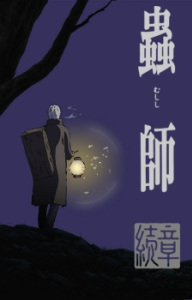 2) Mushishi: The Next Chapter

It’s hard to judge Mushishi against anything else because it’s so different from everything that surrounds it. No other series relegates the alleged protagonist to a bit part most of the time. Nothing else has the simple art or lingers on everyday movements the way this animation does. The whole look and feel is from another place and time than the rest of the anime world.

This series did an amazing job of keeping to a consistent quality level considering how long it really is (technically, counting the original series from 2005, these were episodes 27-46). The only thing one can complain about are the production delays, but it’s worth waiting for.

But hang on, as an episodic series, this should be looked at with an eye to Best Dramatic Presentation Short Form rather than nominating the whole thing for Long Form. Personally, I think I’ll be nominating these:

This was not supposed to be a good show. This was supposed to be one of those series that appeals to a predictable demographic with an easily digestible premise to move a predictable amount of merchandise. However, nobody remembered to tell the production team that, and the result was amazing visuals, solid writing, and terrific voice acting all around.

One of the great joys of reviewing is the experience of being forced to pay attention to something you’d never have given a moment’s consideration normally, and discovering that it’s actually good. Nobunagun was that in spades. 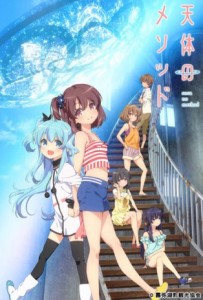 No one knew what the heck to make of this before it premiered, or even for some time afterward. But eventually it resolved into a quiet, slowly paced tale of friendship renewed through the actions of a highly unlikely agent. Celestial Method was a perfectly good series for most of its run; what pushes it over the top into awesomeness is the last two episodes, when the characters basically say, “Screw the expected ending, we want our new friend back!” 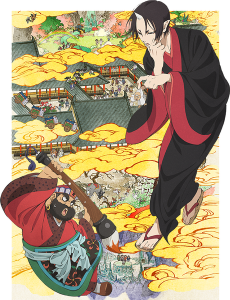 Hōzuki no Reitetsu had its ups and downs, but I want to give it a mention to recommend the best bit as another possible candidate for BDP Short Form. That’d be the second half of episode 5 (some sites list it as “episode 5B”): “Mental Sports Day“. You don’t have to nominate the whole episode, as it’s up to the voter to choose the appropriate unit for nomination, and it’s easily identifiable as a separate story from the first half.

A few more of my favorite recollections from the past year:

What are your anime memories of 2014?