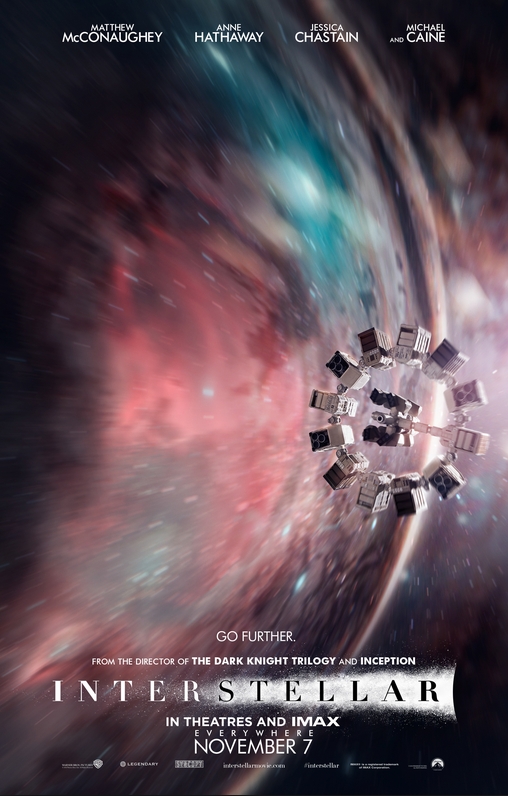 I have read repeated complaints that Interstellar is too loud. Which makes as much sense as complaining that a record is too loud. A film, like a piece of music, is as loud as it is played.

There are a lot of factors to consider. One is perception. We all have different ideas of what is loud, and what is too loud. These depend largely on what we are used to, what we grew up with, and not least, the quirks of our own hearing.

We tend to associate whatever we grew-up with as normal. Cinemas in the past tended not to have such powerful sound systems as they have today. After a period of multi-channel sound in the 1950s and 60s cinema regressed in the 1970s, when until the release of Star Wars most films were distributed in often thin sounding mono. Most grand movie theatres which might have had multi-channel sound were demolished and replaced with little multiplex boxes offering tinny mono sound. Even if it was loud it probably didn’t have much physical impact, which was one reason Universal experimented with low frequency rumblings, aka Sensurround, for the film Earthquake (1974). This involved fitting selected theatres out with a powerful example of what we would today call a subwoofer (this is a somewhat facetious and simplified explanation – for more about Sensurround than you probably really want to know head over to Wikipedia). Anyway, Sensurround made the cinema shake. The trouble was, following Earthquake Universal couldn’t think what else to do with the technology. So apart from attaching it to Midway (aka Battle of Midway) and Rollercoaster, that was it. Except for the time they cobbled the first three episodes of some dreadful Star Wars rip off called Battlestar Galactica together into a ‘film’ and slapped Sensurround on it in a failed attempt to keep audiences awake. I got in free and I still want my money back. It was the longest six weeks I’ve ever spent in a movie theatre.

People complained about Sensurround. Clearly Universal were ahead of the curve, and didn’t have a genius like Michael Bay around to explain that all blockbusters should shake like crazy all the time.

Anyway, along came various iterations of Dolby and DTS and cinema sound systems became more powerful than ever and films got louder and people began to complain again. I see that some folk are claiming that films are just getting louder and louder every year, which can’t be true because there is a limit to how loud cinemas can run films before patrons’ heads explode, or at least complain in large numbers as everyone agrees the experience has become simply painful.

Which is not to say that sound hasn’t got louder in certain theatres which have more recently installed more powerful sound systems, but where I live cinemas have been pumping out high volume sound ever since the introduction of DTS back when that cinematic dinosaur Jurassic Park roamed the multiplex.

So is Interstellar too loud? It is always possible it is too loud for some people in some theatres. But that would be down to individual theatres playing the film louder than some people would like. It can also be down to high volume but low quality sound reproduction, to overdriving equipment which just isn’t up to the job. A great system will be enjoyable to listen to at far higher volume than a poor sound system, which will create a harsh, distorted, painful sound at relatively low volume levels.

And then let us not forget that we all hear differently. As we get older we tend not to prefer sound to be as loud as we did when we were heavy-rock/hip-hop/dance (delete as applicable) playing students. As we age we lose the ability to hear high frequencies we had no problem with as children – which is why some shopping malls broadcast irritating high pitched noises. Some customers are more welcome than others. And again, some people don’t hear low frequencies as well as others.

Some of us go to a film to see and hear it, to get the story. Others go for that and for the sensory experience. Those in the latter group most likely will prefer their films louder than those there purely to hear the dialogue. Which may explain why some are complaining particularly that Hans Zimmer’s music is too loud in Interstellar. Some people don’t want to hear the music in a film at all. They consider it intrusive, manipulative; as if every aspect of a film isn’t designed to elicit a particular response.

The music in Interstellar involves a large church organ and a full orchestra. Yet much of the score – the parts no one is complaining about – is rather small and intimate. The big parts evoke the religioso of Bach and the transcendental yearning of Wagner. In a good theatre they are realistically loud. If you have ever been to a classical music concert you will know that a full orchestra playing flat out is LOUD. If you have ever heard a cathedral organ unleashed you will know that it is loud. These things have visceral impact. They are felt as well as heard. Music is an experience, not just a download.

Interstellar is felt and experienced as well as heard. In the theatre where I saw it, where Armageddon gave me a splitting headache which lasted until the next day, Interstellar sounded magnificent.

As for the question as to whether the music is mixed at too high a level in relation to the dialogue, that’s a question for next time … when I’ll be wondering, among other things, whether Christopher Nolan has somehow fallen under the influence of the enormous gravity well generated by the films of Terrence Malick.

While riding my keyboard and mouse across the infinite electronic pathways of the world, I discovered something quite surprising. At first when I stumbled upon it, I sloughed it off as just another coincidence. But as more and more evidence began to clog up my history folder, I realized that something strange was going on. […]

Hello there! I’m going to be doing weekly discussions of current sf anime episodes and previews of upcoming shows in this slot. Since we’re going to be dropping right into the middle of a few series, I’ll start with a look at where they stand now. Let’s begin with the one that’s earned a slot […]

From the In Box Too/Two