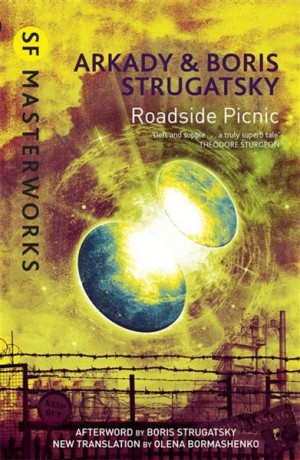 In most science fiction stories about alien encounters, they are either with us (Close Encounters of the Third Kind) or agin us (Alien and its sequels). There was always a third option: that alien beings are indifferent to our existence, having lives of their own that have nothing to do with Earth humans. Perhaps a literature for human beings will necessarily put human beings at its center, with the entire universe, in a sense, revolving around us, but, if you think about it, that shows a distinct lack of imagination.

There are, of course, works that deal with the third possibility. Stanislaw Lem’s Solaris is the best example that I know: human beings explore a distant planet with an ocean that may, in some sense, be alive and may be sending the people studying it objects of deep emotional significance to them, although how and why are impossible questions to answer. (Lem also explored the limits of humanity’s ability to understand and communicate with alien entities in such works as The Invincible and His Master’s Voice.)

Another work that explores this question is Arkady and Boris Strugatsky’s Roadside Picnic. Over a decade before the novel begins, aliens landed in six areas across the planet. They made no attempt at contacting humanity, and did not respond to our attempts to communicate with them. When they left, the areas in which they had landed had become filled with possible scientific treasures, but also a variety of unEarthly, fatal traps. People with experience with The Zone (as the alien landing sites are called), lead expeditions into it to find the treasures. These people are known as “stalkers.” 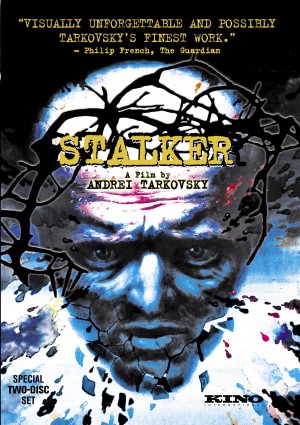 If that plot synopsis sounds familiar, it is because Roadside Picnic is the novel that Andrei Tarkovsky’s brilliant film Stalker is based on.

Despite being a fan of the film, I almost didn’t read the book. I had previously read one other Strugatsky brothers book, Definitely Maybe, and, while it had an intriguing idea (aliens distracting human scientists to keep them from making breakthroughs in a variety of fields), the book was dominated by conversations, with very little actual action. When I did decide to read Roadside Picnic, it was with some trepidation; fortunately, the book’s exploration of philosophical ideas is firmly grounded by fully realized and very tense action sequences.

Roadside Picnic focuses on three journeys into the Zone taken over a period of several years. Each expedition builds on the knowledge of previous ones, allowing Stalkers to go deeper into the area. By the final excursion into the Zone, the stakes are high: an object that will give a person their most deeply held dreams, their heart’s desire. However, so are the dangers: the further a Stalker gets into the Zone, the nastier the traps are (by the final journey, most of traps are marked by the corpses of the Stalkers who died discovering them). This ratchets up the tension over the course of the novel quite nicely.

Showing the Zone over several years allows the Strugatsky brothers to show how the relationship of human beings to the alien landing areas changes. In the beginning, the border is controlled by the military and the area is heavily studied by scientists. By the end of the novel, the Zone has been plundered of most of its useful materials; now, people pay handsomely to have picnics just outside is boundaries. What was once of vital interest for its ability to expand human knowledge ends up a mere curiosity.

Part of this change may be because the Zone doesn’t really expand human knowledge all that much. It gives us alien batteries which never seem to run out, but we don’t understand how they work. Moreover, at one point, a character admits that what is deadly to human beings may be beneficial to the aliens, so what researchers have been calling “traps” may mean something completely different to their creators. Our ability to understand the aliens or their artifacts has hardly progressed at all.

The Zone depicted in the book is a surreal place, largely because it is so familiar (most of what is contained within it is made up of human artifacts – homes, office buildings, vehicles – that had to be abandoned when the aliens landed). Even here, though, the authors find telling details to make the ordinary strange: in one area is a truck that has been eroded by exposure to the elements, for example, but nearby are a couple of other trucks that seem to have been unaffected (in fact, the authors suggest that they may be in better shape than they were before the aliens had landed). Why? Nobody knows.

The telling details extend to human interaction with the alien artifacts in the Zone. The first time he enters it, a stalker named Red, the main character in the novel, carries a pocket full of metal nuts with him; as he travels inward, he periodically tosses them in front of him. This has the dual purpose of checking for traps on the way in and giving him a proven safe path for the way out. The novel is full of well thought through details like this.

The 2012 English edition of Roadside Picnic includes an afterword written by Boris Strugatsky. Among other things, it explains the origin of the term “Stalker” (I would never in a million years have guessed) and offers details about the difficulty the novel had getting published in Russia. It truly was an insane system driven by power and personal animus.

A review of Gary Daher’s The Guest

Someday, every piece of a person will be replaceable

The Last of the Star Hawks