Wayne, NJ – Sarfall, the series that promises to reintroduce science fiction to the stars has announced that Damien Puckler will assume the leading role of Lt. Captain William Hunter, the commanding officer of the frigate Ardri Jennet.  The charismatic actor is best known to international audiences for his recurring guest star role of Martin Meisner on NBC’s hit show Grimm. 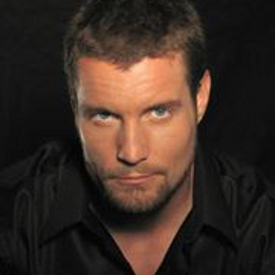 Damien Puckler brings the necessary depth to play the darker and tormented character of Lt. Captain William Hunter. “I’m thrilled to play an integral part in breathing life into John Ellis’ creation,” a universe where humanity has only recently been emancipated from slavery and given the right to be recognized as equals by other races in the galaxy.

“This is a great and demanding role that exemplifies everything fantastic about space operas. However it is set against a universe where idealism is often confronted with the harsh reality of an unjust and grey world,” continues Damien Puckler.

Starfall is in pre-production with and plans to shortly begin filming. Other members of the cast include, Andrew Jackson (Stargate SG-1, Earth:Final Conflict, and The Collector), Richard Leacock (Lake Placid, Earthstorm, Doc), and Ellen Dubin (Lexx, Earth: Final Conflict, and Napoleon Dynamite).