Home Uncategorized A Mass of Sound And Fury, Signifying Nothing 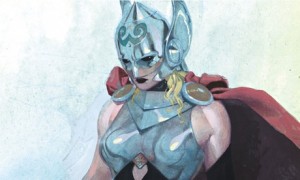 The week ahead of the 2014 San Diego International Comic Con Marvel made a pair of big announcements which were both important and unimportant in equal measure. 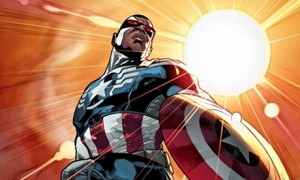 What is important about this has nothing to do with the content of the announcement and everything to do with the announcement itself. Whereas once upon a time this was the sort of thing which would have been mentioned first (depending very much on when you were reading comics) in the letters page of a relevant issue (and/or with accompanying house ad) or in an interview with a fan-oriented industry publication or website, these were done on national television as befits the monster media company Marvel has become. These changes could have impact on summer blockbusters years from now!

The reasoning behind the news itself and releasing it this way is obvious. The “Superior Spider-Man” storyline which ran through the last 18 months of Spider-Man comics (wherein Doctor Octopus took over Spider-Man’s body and proceeded to create his own life as the famous wall-crawler) was a sales bonanza, selling huge numbers of the end of AMAZING SPIDER-MAN and entrée SUPERIOR SPIDER-MAN and obscene numbers of the return of AMAZING SPIDER-MAN, due in part to both the widely publicized ‘death’ of Peter Parker.

While as much a ‘publishing stunt’ as any crossover ever has been, it worked astoundingly well so naturally the powers that be have expanded their reach and are now planning three such attempts, the Captain America and Thor announcements and the long-planned ‘Death of Wolverine.’

Leveraging their newfound fame as publisher and originators of the most valuable film IPs in Hollywood, Marvel made these announcements in spectacular fashion in order to garner the most media attention (and free advertising) possible in order to bring in casual interest who will not buy a regular comic series but who will buy individual issues mentioned in a newspaper or on television and who, like independents in a presidential election, are essential for reaching required numbers no matter how ephemeral they may be.

It works because the media will speak of the events as if they had long-term consequences (in this case as if Marvel were bringing much needed diversity to its main characters for good), and Marvel will let them knowing that there will be no interest in reporting if and when the old status quo is resumed.

Which is the unimportant part of the announcement as, among more-than-casual readers, it is taken as a given that whatever changes may be brought today, they will snap back to the familiar like a taut rubber band. This is the long time nature of the US comics market and the inherent conservatism of its remaining adherents who tend to like their heroes trapped in amber, doomed to a purgatory of facing the same villains in the same scenarios over and over again. 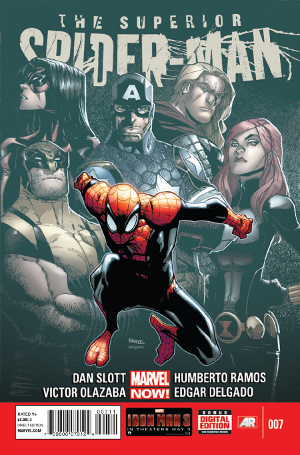 Marvel has tried to play against that very cliché (so cliché in fact that characters within the stories have been known to comment on its existence). The writer and editors of the SUPERIOR SPIDER-MAN story repeated over and over, with great equanimity, that Peter Parker would never return to the Marvel world or be Spider-Man again, only to have to take an about face when it turned out it had all been the very gimmick everyone expected it to be. And while it did result in the kind of sales boost many dream of these days but never achieve, it did also add an extra strong layer of cynicism onto the company which will taint any such similar events.

But even if all that were not the case, there are several popular films based on the classic versions of these characters due in the cineplexes over the next few years, and no executive is going to risk losing sales because young fans of the films can’t find their character in the actual books. It’s no accident that Amazing Spider-Man #1 was published around the same time AMAZING SPIDER-MAN 2 was released in theaters.

Some of this is the story of the modern comics industry, not just Marvel. For all the talk of the resurgence of comics in the past few years the reality is the industry is selling fewer issues now than it was in 2000 (only one monthly book now regularly passes the 100,000 mark) and by 2020 that level will likely be smaller still, leaving the largest publishers looking for any edge they can come up with to goose sales even in the short term, like a CEO trying to qualify for his options package.

The real story behind this announcement, and the one thing that is important about it, is that it shows the Emperor, in his private dressing room, has no clothes and knows it. Marvel Comics, said purveyor of the most valuable film IPs in Hollywood (valued at $4 billion when Disney purchased the company in 2009) cannot sell comic books on a sustainable basis.

For the last two years it has been surviving on a series of soft re-launches using new creative line ups and short term story lines as a marketing angle to hang them on, in order to goose the best possible quarterly annual market share and dollar per unit numbers possible out of their declining readership. The bad part of this equation is that it works; retailers are perfectly willing to bump orders by 20% whenever a new No. 1 issue pops out. The worst part is that those same retailers are perfectly willing to drop their next issue orders by an equal or larger amount, quickly pushing titles below Marvel’s threshold where they have to start thinking about cancelling or restarting again in the comic version of the classic vicious cycle. Meaning that as the company continues to follow this strategy they also make it all but impossible for their books to develop a solid readership.

The reality is, this is not a sustainable strategy and when it fails the powers that be will have to find some other method for keeping the bottom line stable (or discover the side effects of not being able to meet sales quotas), and increasing cover price again is not an option, not in the near term at any rate.

So is Marvel announcing making major changes to its line up in the mass media important or good? No, but not for any reason anyone thinks.